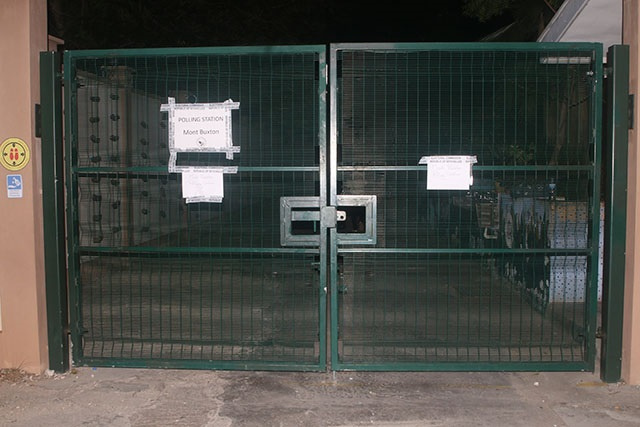 Counting of ballot papers has started and the results are expected in the early morning of Sunday.

Four parties and two independent candidates are contesting for a seat in the National Assembly, the island nation's legislative body. LDS and US have candidates in all the 26 electoral districts while One Seychelles and Lalyans have 18 and three candidates respectively

At 6 p.m. local time, 56,968 people had cast their ballots in 26 electoral districts of the archipelago in the western Indian Ocean, which represents 76.3 percent of the eligible voters.

The electoral officer in charge of the polling station at Beau Vallon, Andy Juliette, told SNA that he is very satisfied with the way voting went, saying almost 80 percent people had cast their votes.

There were 3,421 eligible voters in the district of Beau Vallon.

"We got a higher turnout in the morning. We were very busy and people were queuing even outside the station to vote. In general, we are very happy with the turnout and we are very satisfied that we have been able to manage our time, closing the station exactly at 7 p.m.," said Juliette.

The chief electoral officer, Manuella Amesbury, told journalists that "now that the stations are closed, the staff will need to refresh and then counting will start with the polling agents."

She said that the main voting day was satisfactory in general because "we saw that voting went fast and even faster than we expected."

One of the main issues that arose was a shortage of ballot papers in some polling stations.

"We had planned to have a top up of ballots at around 5 p.m because we expected ballot papers to diminish at this time... but we saw that this happened a lot earlier than we expected," said Amesbury.

She said that since the Commission was in contact with all stations they were able to organise for more ballot papers to be dispatched where needed.

Amesbury said that the elections did not go smoothly but this was mainly due to the new amendments made in procedures for election and the Commission had to adapt to the changes.

The Linyon Demokratik Seselwa won a majority votes in 15 of the 25 constituencies contested, in the legislative election in September 2016. The ruling Parti Lepep now United Seychelles, took the remaining 10. It was the first time since the return of multiparty democracy in Seychelles in 1993 that the ruling Parti Lepep lost its majority in parliament.