Vietnam to evacuate half a million as Typhoon Molave approaches 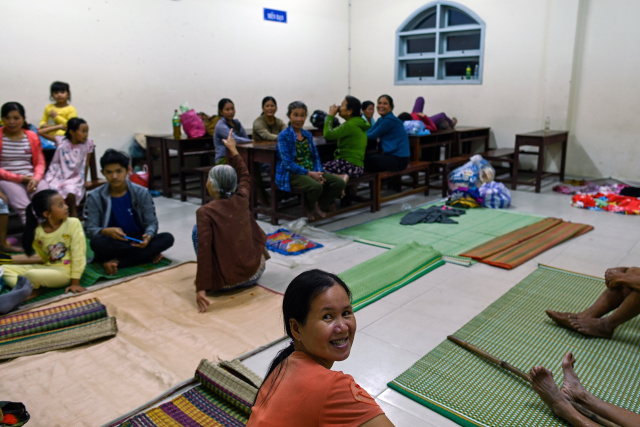 (AFP) - Flood-ravaged Vietnam has begun evacuating more than half a million people from its central coastal region as it braces for Typhoon Molave, the fourth storm to hit the country in weeks.

Schools and beaches have been closed and many flights cancelled ahead of the severe typhoon.

It is forecast to make landfall south of Danang around 1:00 pm (0600 GMT) Wednesday, packing maximum sustained winds of 140 kilometres (85 miles) per hour, according to the Hong Kong Observatory.

More heavy rain is expected across the region, which has since early October suffered severe flooding and landslides that have claimed 130 lives.

With some houses still under water, residents are preparing for the arrival of Molave, which killed at least three people as it blew through the central Philippines.

"We had to evacuate, leaving all our property behind," he said.

"We tried our best to shore up our house but if the typhoon is as strong as they predict, nothing can withstand its power."

Hoang Phuc Lam, deputy head of Vietnam's national forecasting centre, said "Molave will be one of the worst storms, with the strongest winds, of the past 20 years," according to state media.

Vietnam is prone to natural disasters in the rainy season between June and November, with central coastal provinces commonly worst affected.

General » Be a reporter: Write and send your article » Subscribe for news alert
Tags: Vietnam, typhoon