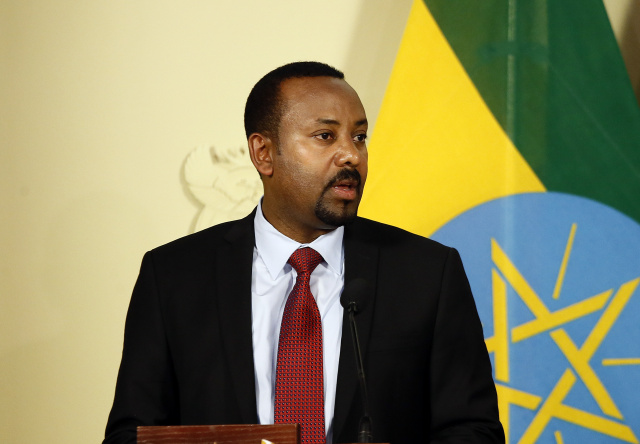 (AFP) - Ethiopian Prime Minister Abiy Ahmed said Wednesday he had ordered a military response to an "attack" by the ruling party of the restive Tigray region on a camp housing federal troops.

The Tigray People's Liberation Front (TPLF) "has attacked a military camp" in the region and "tried to loot" military assets, Abiy said in a post on Facebook and Twitter.

"Our defence forces... have been ordered to carry out their mission to save the country. The final point of the red line has been crossed. Force is being used as the last measure to save the people and the country," he said.

Details on the alleged attack in Tigray were not immediately available, and calls to the northern region were not going through.

Internet monitoring group Netblocks reported that internet appeared to have been cut in Tigray as of 1am local time (2200 GMT).

It was also not immediately clear what form the federal military response might take, though analysts and diplomats have been warning for weeks that the standoff between the federal government and the TPLF could spill over into violence.

The TPLF dominated politics in Africa's second most populous country for nearly three decades before Abiy came to power in 2018 on the strength of anti-government protests.

Under Abiy, winner of last year's Nobel Peace Prize, Tigrayan leaders have complained of being unfairly targeted in corruption prosecutions, removed from top positions and broadly scapegoated for the country's woes.

Ethiopia was due to hold national elections in August, but the country's poll body ruled in March that all voting would need to be postponed because of the coronavirus pandemic.

Lawmakers then voted to extend officials' mandates -- which would have expired in early October -- but Tigrayan leaders rejected this and went ahead with regional elections in September that Abiy's government deemed illegal.

Now each side sees the other as illegitimate, and federal lawmakers have ruled Abiy's government should cut off contact with -- and funding to -- Tigray's leadership.

In recent days tensions have risen over who controls federal military assets in Tigray.

The region is home to a large portion of federal military personnel and equipment, a legacy of Ethiopia's brutal 1998-2000 border war with Eritrea, its northern neighbour.

The International Crisis Group, citing "former Tigrayan officers", said in a report last week that Tigray "comprises more than half of the armed forces' total personnel and mechanised divisions".

Last week Tigray blocked a general appointed by Abiy from assuming a new posting, saying Abiy no longer had the authority to make such moves.

Tigrayan officials have said in recent days they would not initiate a military conflict.

"We will never be the first to shoot nor the first to blink," Getachew Reda, a senior member of the TPLF, told AFP last week.

On Tuesday night, hours before Abiy's announcement, Wondimu Asamnew, another senior Tigrayan official, told AFP the federal government was amassing troops on the southern border of Tigray -- a claim that could not be independently verified.

"I think when it comes to military mobilisation, it's not child's play. It can trigger all-out war... what they are doing is playing with fire," Wondimu said.

"A small spark can ignite the whole region. So I think we are on the alert and I can assure you we are capable of defending ourselves."

Africa » Be a reporter: Write and send your article » Subscribe for news alert
Tags: Ethiopia