Over 10,000 tourists from China - A first for Seychelles tourism industry 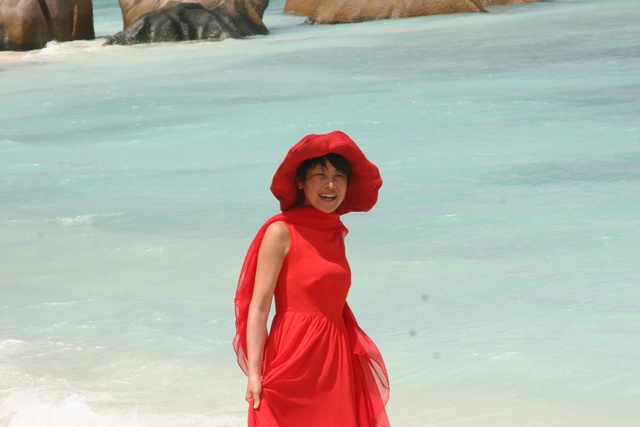 (Seychelles News Agency) - For the first time in the history of the Seychelles tourism industry the number of Chinese tourists to the Indian Ocean archipelago has hit the 10,000 mark.

According to latest statistics released today by the National Bureau of Statistics (NBS) a total of 10,105 Chinese tourists have visited Seychelles since January up to the week ending September 14, 2014, making China the 5th leading market so far this year.

This represents a 93 percent increase when compared to the same period last year.

"The strategy that we have adopted to market Seychelles is bearing fruits this year, but if we had direct air link with China, the figure would be even better," Sherin Naiken, the Chief Executive Officer of the Seychelles Tourism Board (STB) told SNA.

STB is hoping that the number of Chinese visitors will continue to increase until the end of the year, but said that it is quite difficult to predict what will happen, as the Asians tend to go for last minute booking.

In recent years, STB has set up a tourism office in Beijing, to coordinate efforts and participate in various promotional activities to increase Seychelles' visibility as a tourist destination.

"We have over the last 3 years targeted China's largest cities, and now we will expand our promotional efforts to other cities so that the Chinese people will get to know Seychelles better," the Director of the STB Office in China, Jean-Luc Lai Lam told SNA..

"As for the Chinese market, there are two peak seasons. February and early October are when Chinese tourists travel the most and we expect to see some more arrivals during this period," said Lai Lam.

Tourism is in fact an area of cooperation which the Chinese Ambassador Shi Zhongjun who has come to the end of his three year mandate has said can be further developed between Seychelles and China.

For the Indian Ocean archipelago Asia recorded a 16 percent increase in terms of visitor arrivals from January to date.

A total of 157,925 visitors have visited the Indian Ocean archipelago to date, a figure which is only 1 percent below that of the same period last year.

While Europe remains the main market, trend shows that visitor arrival from the continent has dropped 6 percent compared to 2013. With 23,955 visitors so far, Germany is the leading market for Seychelles overtaking France which has traditionally remained the leading market.

The 22,236 French tourists recorded to date represents a 13 percent decrease when compared to last year’s figures.

The 3 main French tour operators working to sell Seychelles as a tourist destination, Exotisme, TUI and Austral Lagons came to the Indian Ocean island nation this week to explain the problems they are facing.

The visibility of Seychelles in France compared to other island nations like Mauritius and the Maldives that have invested heavily in marketing campaigns, a lack of direct flights between Seychelles and France are some of the issues they brought forward during a meeting with the Seychelles authorities.

While it is hoped that twice weekly flights by Air Seychelles to Paris via Abu Dhabi which started in July after a two-year absence it was announced during the meeting on Monday at the Ephelia Resort at Port Glaud, western district of the archipelago’s main island of Mahé, that Seychelles is studying the possibility of reintroducing a direct non-stop flight between Seychelles and France.

"I have asked Air Seychelles to study the possibility of reintroducing a direct flight between Seychelles and France and also increase air capacity to France by increasing the number of flights from 2 to 4 flights per week, "said Joel Morgan the Chairman of the Air Seychelles Board, also the island nation’s Minister for Home Affairs and Transport.

Increased air links between the main island of Mahé and the French capital of Paris is also expected as the Ethiopian Airlines has announced that it will be re-introducing flights to Seychelles, with the launch of a Paris-Seychelles flight on September 27, via the Ethiopian capital, Addis Ababa.

Tourism is the first pillar of the Seychelles economy.In 2013, 230,272 tourists visited the archipelago and this was dubbed a record number of tourism arrival representing a 10.7 percent increase when compared to the previous year.