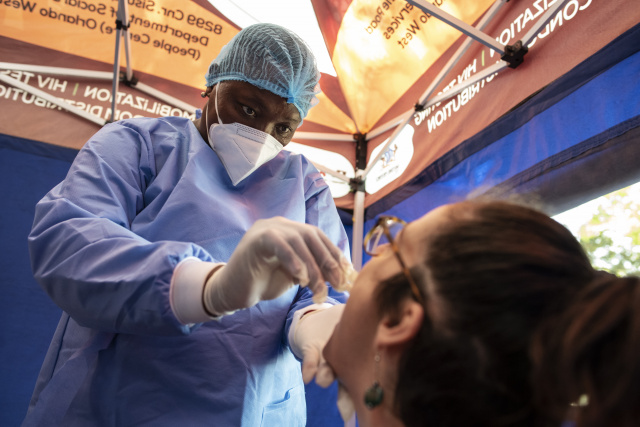 (AFP) - South African President Cyril Ramaphosa on Wednesday warned of a second coronavirus wave following a surge of infections in a southern province in the continent's worst-affected country.

The Eastern Cape province recorded a 50 percent jump in coronavirus cases over the past week, Ramaphosa said.

"What we are witnessing in the Eastern Cape should be a wake-up call to all of us, that we cannot relax and we cannot be complacent," he said.

"We can avoid a second wave if we each play our part, if we remember what we need to do to keep ourselves and others safe."

Ramaphosa said new coronavirus cases in the Eastern Cape -- already hard hit during the outbreak's peak in July -- had risen by 145 percent in the last two weeks compared to the previous 14 days.

A strict lockdown was implemented in March to stem the spread of the virus, which has infected more than 742,300 people and killed just over 20,000 in South Africa.

Ramaphosa said a "resurgence plan" would be implemented to respond to new localised outbreaks.

It would involve intensified contact tracing and testing, and prepare health facilities for potential cluster outbreaks.

Ramaphosa called on citizens not to breach rules on wearing face masks in public and limiting social gatherings.

The president also announced a further easing of some remaining restrictions to facilitate a "rapid and sustained economic recovery".

Limits on the sale of alcohol will be lifted and all visitors will be allowed to enter South Africa with a negative Covid-19 certificate.

Travellers from countries with high infection rates had been barred from entry until now.

Africa » Be a reporter: Write and send your article » Subscribe for news alert
Tags: health, SAfrica