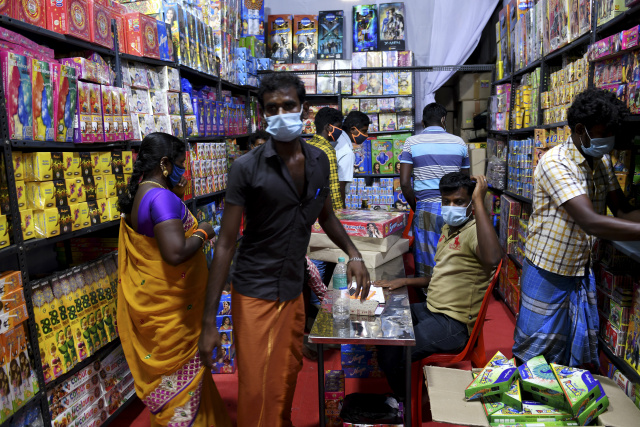 (AFP) - G20 nations are expected to agree Friday on a framework that should unlock restructuring of official debt of dozens of poor countries ravaged by the coronavirus pandemic, according to a French finance ministry source.

G20 nations last month agreed a six-month extension to a debt suspension initiative, but there have been growing calls to go further as spending needs to fight the pandemic and the economic crisis it has triggered mean many nations can no longer service their debts.

The wealthy countries' club will agree Friday to study on a case-by-case basis requests to reschedule, reduce and even forgive debts, the French finance ministry source said.

"The framework that will be approved Friday by G20 finance ministers fixes the common principles for the 20 members of the Paris Club as well as five member countries of the G20: China, India, Saudi Arabia, South Africa and Turkey," said the source.

Seventy-three countries are eligible to have their debt restructured, including 38 in sub-Saharan Africa.

"It is a historic deal because it is the first time that countries have agreed on a common framework" beyond the Paris Club, where China is not a member although Beijing "is by far the top lender" in the world, added the source.

The Paris Club unites industrial countries which had previously been the main countries to provide loans to developing nations.

But China has over the past two decades financed many projects in developing nations, including as part of its Belt and Road Initiative to build infrastructure to further expand trade.

The inclusion of China and other countries in debt reduction is important.

For example, "before, the Paris Club would accord reductions while China or Saudi Arabia would continue to get paid or take as payment assets -- such as ports -- in exchange for settling the debt," said the source.

Another advance is that the deal will compel private lenders to participate. They did not participate in the moratorium, but under the principle of "comparability of treatment" they need to agree to similar measures adopted by official lenders.

The International Monetary Fund will play a key role in any restructuring as beneficiaries will be required to agree with the organisation on economic policies needed to ensure their remaining debt is sustainable.

A quarter of the $71.5 billion debt of these 46 countries is to China, according to the World Bank.

General » Be a reporter: Write and send your article » Subscribe for news alert
Tags: health, G20