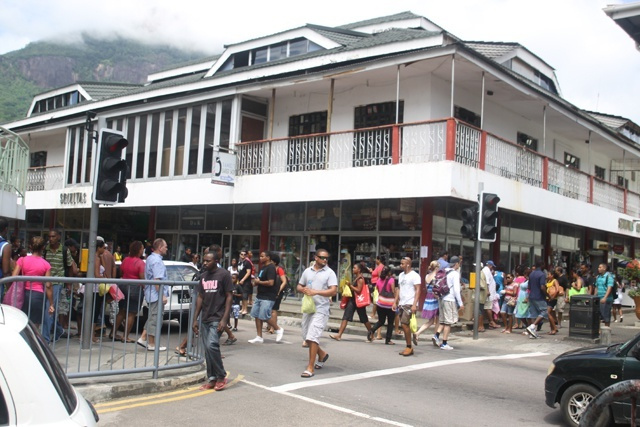 Seychelles is among the eight countries that managed to improve in all four categories over the decade. (Joe Laurence, Seychelles News Agency)

(Seychelles News Agency) - Seychelles is listed in the 2020 Mo Ibrahim Index as one of only eight countries in Africa which have managed to improve their governance in the past decade. The island nation is third in 54 African countries for overall good governance.

The 2020 Ibrahim Index of African Governance (IIAG), launched on Monday in Senegal and the United Kingdom by the Mo Ibrahim Foundation, highlights a decline in African governance performance for the first time since 2010.

The new data, the Mo Ibrahim Foundation said, delivers a clear warning:  "Governance progress in Africa has slowed since 2015, and declines for the first time in 2019. Deterioration in participation, rights, rule of law and security threatens improvements achieved in economic opportunities and human development. This is particularly concerning with the COVID-19 pandemic set to increase existing challenges and reduce hard-won gains."

The recent decline is triggered by worsening performance in three of the four IIAG categories: Participation, Rights and Inclusion, Security and Rule of Law and Human Development.

"This is a testing time for Africa. Pre-existing weaknesses and challenges in African governance, as uncovered by the 2020 IIAG, are exacerbated by COVID-19, which also threatens economic progress. Citizens' dissatisfaction and mistrust with governance delivery are growing," said Mo Ibrahim, chair of the Foundation.

According to Ibrahim, "African states have an opportunity to demonstrate both their resolve to safeguard democracy and their ability to drive a new growth model that is more resilient, more equitable, more sustainable, and more self-reliant."

Only eight countries managed to improve in all four categories over the decade: Angola, Chad, Côte d'Ivoire, Ethiopia, Madagascar, Sudan, Togo and Seychelles – 115 islands in the western Indian Ocean.

"The news regarding Seychelles came as an encouragement to many and also as a surprise to several others because of the situation Seychelles found itself in during the past era," Marie Nella Azemia from the civil society told SNA on Tuesday.

"A lot had been expressed by many including the opposition parties and the local press on the poor governance of the country especially during the one-party state and also the years that followed after the multi-party democracy," she added.

Azemia who is on the governance committee of the Citizens Engagement Platform, said that the political landscape in Seychelles changed after the opposition party, LInyon Demokratik Seselwa, won a majority in the parliamentary election in 2015.

"A lot of citizens felt that the issues addressed by the National Assembly debates took a different turn that forced the Executive to become more open with public affairs as well as more open-minded in the manner the affairs were conducted," she said.

Azemia added that the creation of institutions such as the Anti-Corruption Commission and Truth, Reconciliation and National Unity Commission, in a way provided a lot of information that was not in the public domain before.

The 2020 IIAG is the most comprehensive assessment of governance performance in 54 African countries. The new IIAG incorporates three significant upgrades: an expanded governance scope, including new areas such as environment and equality; strengthened indicators, thanks to better data availability; and a new section fully dedicated to Africa's Citizens' Voices.

The Mo Ibrahim Foundation was established in 2006 with a focus on the critical importance of political leadership and public governance in Africa. By providing tools to support progress in leadership and governance, the Foundation aims to promote meaningful change on the continent.

These are done through five main initiatives: The Ibrahim Index of African Governance, Ibrahim Prize for Achievement in African Leadership, Ibrahim Governance Weekend, Ibrahim Fellowships and Scholarships and the Now Generation Network.