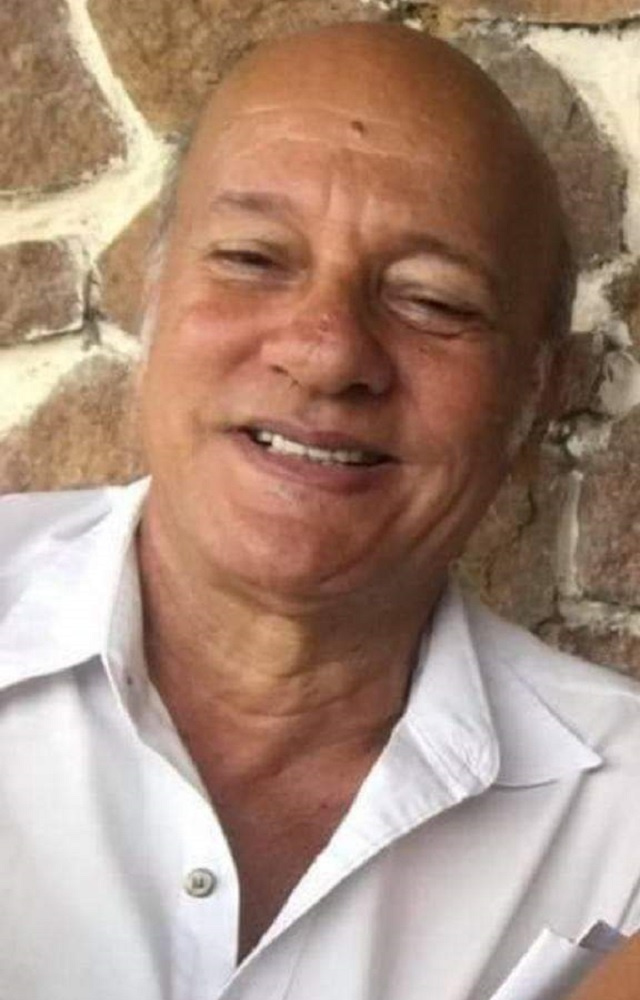 Lablache's career in journalism started in 1977 after completing his studies when Lablache started working at the Information Services. (Isabelle Lablache)

The media community in Seychelles is mourning the loss of a veteran journalist in the print media. John Lablache, 69, died on Saturday, November 14, at the Seychelles Hospital after going into a coma the week before.

According to family members, the father of four fell and hit his head on November 2, and went about his daily routine but collapsed the next day.

Lablache was the firstborn in a family of eight who moved from his birth island of Praslin to the main island of Mahe to further his studies at the Seychelles College, Jean Mark and Isabelle, Lablache’s two eldest children, told SNA.

His career in journalism started in 1977 after completing his studies, when Lablache started working at the Information Services which was then based at the Radio Seychelles at Union Vale. He later joined Seychelles Nation. Throughout his career, Lablache worked for different newspapers: “Regar”, “Today in Seychelles”, “Victoria Times”, Seychelles News Agency and “The People”.

Lablache was amongst the first Seychellois to take journalism as a career and for 43 years he also gained valuable experience through work attachments with newspapers in several countries, namely France, Algeria and Germany. As a freelance journalist, he also contributed articles to many regional and international media outlets such as AFP and “la lettre de l’Ocean Indien”.

Gerard Govinden, the chief executive of Seychelles Nation, where Lablache started his career, said that Lablache was a big brother in journalism. The CEO said he will remember Lablache for his institutional memory as “he had a vast knowledge of the country and could write fluently in both English and French.”

Govinden said that when he joined the newspaper in 1988, Lablache was responsible for international news. “John could make difficult and complicated subjects easy for his readers, and I can say he was gifted at that,” added Govinden, explaining that over the years Lablache imparted his vast and extensive knowledge with the younger journalists.

Sheila Lafortune, the editor of The People, said the paper had lost a family member. “John was very hard working and was an important member of the team where he worked for the past ten years,” said Lafortune.

Lafortune said that John always made the newsroom laugh with funny stories. “John was a model employee,” said the editor.

Lablache’s children remember their father as an avid reader with a particular interest in world politics and history and who enjoyed spending time at the beach and was a strong endurance swimmer. According to his daughter, Lablache prided himself in swimming in all oceans of the world.

The journalist travelled widely and has visited around 14 countries for work and more recently for leisure. “He talked fondly of his travels and always took lots of photos. One of his favourite travel destinations was Australia where I currently live. One of his most cherished travel adventures was in 2015 when he went on a two-week cruise from Australia to New Zealand with his grandson. He fulfilled a childhood dream to go to Fiordland in New Zealand,” Isabelle told SNA.

Despite his travels, Seychelles was always home. “He enjoyed typical Seychelles’ cuisine and would say that despite having travelled the world, Seychellois were the best cooks,” said Isabelle, adding that octopus coconut curry was a favourite dish.

Isabelle added that what will stay with her is John’s passion for journalism “and writing the next article. He would be always on the lookout for a good story that would interest his audience. He was fearless in his approach and would challenge populist opinions.”

Lablache, who was laid to rest on Tuesday at the Mont Fleuri cemetery, is survived by his four children – two sons - Jean Mark and Christian, two daughters - Isabelle and Angelique, grandchildren and siblings.