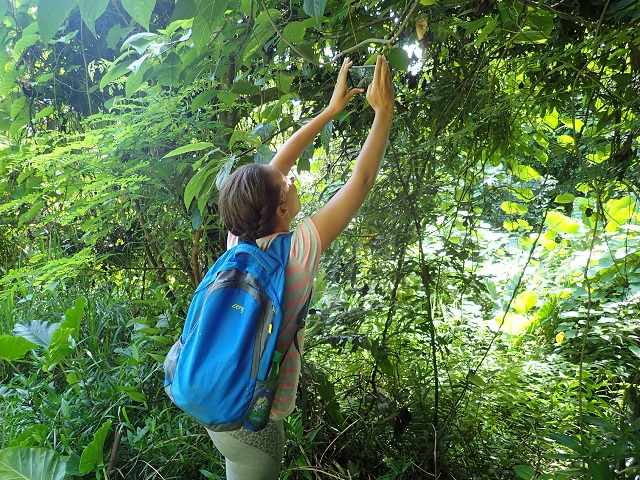 (Seychelles News Agency) - In an effort to promote citizen science and data collection in Seychelles, partners of the country's scientific community have launched the iNaturalist photo competition in which Seychellois are asked to take pictures of plants and animals and send them in.

The top three entrants will win a new mobile phone.

"The idea is to upgrade our biodiversity database as well as the Seychelles plant gallery. It is basically to enrich the collection of photos. We would like the public to be part of this," said Charles Morel, the curator of the Seychelles National Herbarium.

iNaturalist is a website hosting an online social network of people sharing biodiversity information to help each other learn about nature. It's also a crowdsourced species identification system and an organism occurrence recording tool.

Seychelles, an archipelago in the western Indian Ocean, also features on the website.

To enter the competition, which started on November 13 and ends December 15, one has to create an iNaturalist account either through the website or the app, which can be downloaded from Google Play Store or App Store for Android and iOS users respectively. Following this, the person will have to join the 'Seychelles Bio Gallery' project.

Each applicant in the competition must register their username and details through an online form before December 15, helping the organisers identify the winners.

Participants can also pass by the herbarium office at the Bel Etang Building, Mont Fleuri with any inquiry, or contact the staff on +2484326066 or send an email on either  bsenterre@gmail.com,   tarah_p@hotmail.com  or charles6422@gmail.com.

Competitors can start uploading their pictures, or an observation as termed by the organisers, using their smartphone or computer. An observation is defined as a species observes at a given time and place, supported by one or several photos. Only observations that are taken and submitted between November 13 and December 15 will be considered for the competition.

The first-place winner will walk away with a Samsung Galaxy A70S smartphone, whereas those coming in second and third place will take home a Samsung Galaxy M31 and Redmi Note 8 Pro respectively. Runner-up prizes will be given to the competitors who place ahead of the majority of the contestants.

The research officer at the herbarium, Tarah Padayachy, told SNA that the organisers would like participants to focus on taking identifiable photos.

"Photos of distant plants or animals or blurry photos are usually hard to identify, so perhaps focus on taking close-ups or use the phone or camera's zoom. They should also take multiple photos. Many organisms, particularly plants and insects, cannot be identified to species from a single photo," said Padayachy.

She added that close attention needs to be placed on recording metadata as this "is the additional information associated with a photo that captures when and where a photo was originally taken."

The competition has a scoring point system and at the end of the contest, the winners will be participants who have accumulated the highest overall points.

"The rules and scoring system provide a fair chance of winning to both professionals and amateurs. If you have only limited knowledge on species, you can still win by contributing more observations," said Padayachy.

"In addition, by joining and following the project Seychelles Bio Gallery, you will know when we are organising field trips with professional scientists, which you can join, get to know some of the species that are rarer and therefore get more chances to achieve higher scores. Finally, do not neglect your own garden! From our experience, private gardens are an abundant source of exotic species that have not yet been recorded in Seychelles, and those are worth a lot of points," she added.

Seychelles is filled with plants, but how do you identify them? The website iNaturalist can help