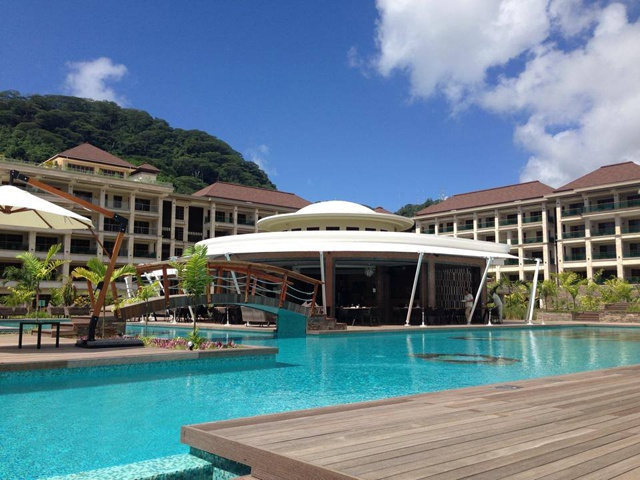 The ruling lets stand a judgement for Vijay, which was hired to build Savoy hotel, to pay the Eastern European Engineering Limited. (Savoy Resort and Spa)

(Seychelles News Agency) - The Seychelles Constitutional Court on Tuesday dismissed the case of Vijay Construction against the Eastern European Engineering Limited (EEEL) on the grounds that the matter has already been dealt with before a competent court.

The ruling lets stand a $22 million judgement to be paid to the Eastern European Engineering Limited, a company registered in Seychelles, by Vijay Construction, which it had hired to carry out construction work on the company's Savoy Hotel in 2011 through six contracts.

The ruling delivered by Justices Gustave Dodin, Laura Pillay and Samia Andre concluded that the matter brought by the Petitioner (Vijay) has already adequately been dealt with.

Furthermore it added that "such a position fails to recognise the hierarchy of the courts' system and would undermine the effective administration of justice. This case in its entirety amounts to having a second bite at the cherry. Consequently, the objections of the Respondents are upheld. This Petition is dismissed with costs."

The petition arises from the judgment of Justice Ellen Carolus on June 30, who declared that the two Orders of the High Court in London were executable in Seychelles. Vijay Construction appealed the judgment of the Supreme Court which was heard on the September 3rd and the Court of Appeal dismissed on October 2nd with an order of costs.

The dismissal of the case by the Court of Appeal paved the way for the collection of the $22 million judgement.

Each of the six contracts which Vijay was hired under included similar arbitration clauses, which provided that any dispute, disagreement or claim would be settled by arbitration in Paris. The company filed a Request for Arbitration in September 2012 before the International Chamber of Commerce in Paris and received a sole arbitrator award in November 2014.