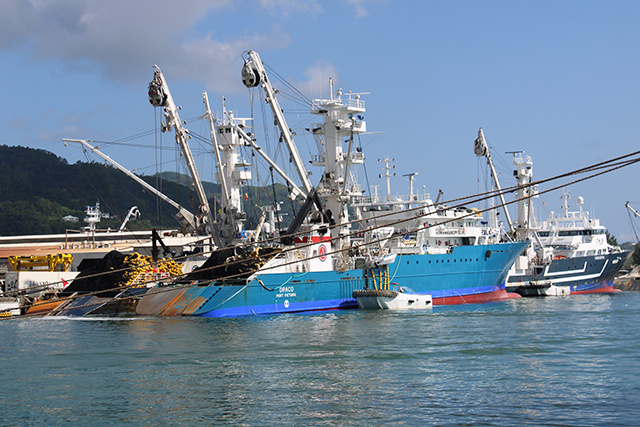 (Seychelles News Agency) - Around two-thirds of vessels in the Seychelles' purse seiner fleet are grounded as they have already reached their allocated yellowfin tuna quota for the year, said a top fisheries official.

The remaining vessels are being closely monitored by the Seychelles Fishing Authority (SFA), and the chief fisheries officer, Vincent Lucas, told SNA recently that "eight out of 13 vessels have already been stopped as of mid-November."

The remaining five will be stopped by the authority once their allocated quota is consumed.

The Seychelles' purse seiner fleet is allocated a yellowfin tuna quota of 33,211 metric tonnes for the year which is equally divided among the 13 vessels flying the flag of Seychelles.

"Trends during the past two years show that if operators manage their quota properly by not fishing too hard during the first semester of the year and taking longer stoppages in port or scheduling routine service during the year, the quota can, in the majority of cases, be used up to November. Some of the smaller vessels less than 2,500 gross tonnage are able to manage their quota more sustainably even up to late December," said Lucas.

The current yellowfin catch limits are outlined in Resolution 19/01, an interim plan for rebuilding the Indian Ocean yellowfin tuna stock in the IOTC area of competence. In the online 24th Session of the Indian Ocean Tuna Commission on November 2, no update on the decision was made.

In August 2020, the heads of delegations met to discuss S24 meeting procedures and the handling of agenda items.

Given the limitation of the platform for the meeting the heads of delegations "agreed to avoid matters which are typically complex and time consuming and, overall, incompatible with the framework and available time of the proposed virtual meeting," said Lucas.

He added that it was agreed that members will not present any new or revised proposals for conservation and management measure to be discussed at the 24th session of the commission.

Lucas told SNA that members noted that the interim rebuilding plan as per the existing conservation and management measures for yellowfin tuna was not achieving its goal of 20 percent reduction in catches. The plan acknowledges the urgency to reverse the trend before the stock plunges further towards collapse.

"The concern voiced by NGOs and industry groups threatens the economies of small island developing states like the Seychelles. Members also agreed to convene a special session of IOTC in March 2021 to discuss a management plan for yellowfin tuna," said Lucas.

Lucas added that as long as foreign companies "are not fishing once they have reached their quota, they are free to do whatever their flagged state authorises them to do."

"Some chose to do their major service during the stoppage and goes to dry-docking in Mauritius or Madagascar while some remain in Seychelles and undertake minor routine servicing on equipment," said Lucas.