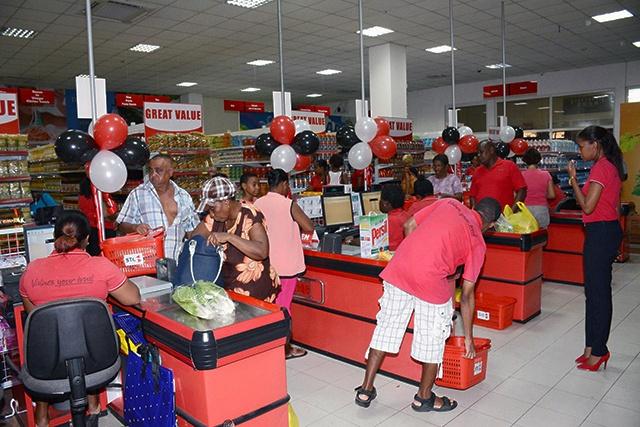 Abel said the depreciation is a real concern as this will result in a continuous rise in the price of commodities. (Joena Meme)

(Seychelles News Agency) - The Seychelles rupee continues to depreciate against foreign currencies, recalling the last major dive that the governor of the Central Bank said happened in 2008, when the island nation embarked on an economic reform programme with the International Monetary Fund (IMF).

"Where it is now is the highest that it has ever reached in terms of dollars or euros. We entered into a flexible foreign exchange market when we started our economic reforms and when the market was liberalised the highest it reached was 18 rupees for a dollar," said Abel.

She said that the depreciation is a real concern as this will result in a continuous rise in the price of commodities and she is urging people to reduce expenses only for the necessities so as to help the economy of Seychelles, an archipelago in the western Indian Ocean.

"A depreciating foreign exchange continues to affect all of us, especially those receiving a lower income. We can say that we have the ability to buy, but we need to be cautious," said Abel.

She said that Seychelles is now in a situation where the global crisis caused by the COVID-19 pandemic has affected its tourism market which is the economic pillar of the island nation.

As part of measures to assist affected businesses, the government has made available two credit lines.

"As we have demonstrated previously, commerce, transport and tourism are the sectors mostly applying for the credit line. This is mainly going toward small businesses. However, when we talk about transport, we are referring mainly to taxis and overhead costs related to the functioning of car hires," said Abel.

The governor said that the foreign exchange the country is earning with fisheries and the tourism sectors "is not enough for the amount of forex the country needs for it to function at the individual, business and governmental levels."

Consequently, officials will be meeting with the International Monetary Fund (IMF) next week to discuss the current economic situation of Seychelles and programme that Seychelles will embark on to redress the economy.