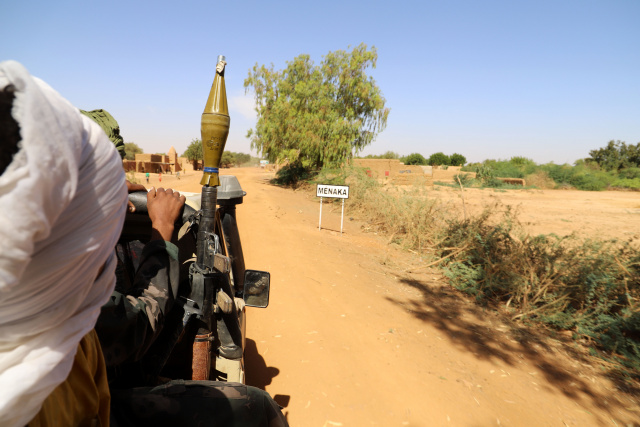 (AFP) - Suspected militants attacked several Malian and foreign military bases with mortars and rockets in the north of the country on Monday, military sources said.

No casualties were immediately reported in the attacks on Menaka, Gao and Kidal in what appeared to be a rare attempt at a coordinated assault on foreign forces operating in the troubled west African country.

"There were no casualties, but there was some material damage," an Malian military official told AFP.

Mali is struggling with an Islamist insurgency that first erupted in the north but has since spread to the centre of the country and spilled over into neighbouring Burkina Faso and Niger.

French military forces have around 5,000 troops in the Sahel as part of their anti-jihadist Operation Barkane, and thousands UN peacekeepers are also operating in Mali.

"The terrorists tried unsuccessfully to carry out a coordinated action against the camps of Barkhane, the UN peacekeepers, against the European force Takuba and against the Malian army in Gao, Menaka, and Kidal," a foreign military official said.

"The situation is under control."

French Barkhane forces are stationed in all three camps.

A source within the UN mission in Kidal reported a dozen mortar shells "which did not cause casualties, but the damage is being assessed".

The attack on Kidal was preceded by a group of men on motorcycles riding around the camp before dawn, a camp security officer said.

"It was after they passed by that there was fire from rockets and machine guns. There were no deaths but there was significant material damage," he said.

Northern Mali is one of the epicentres of violence and jihadist attacks since 2012, despite the presence of thousands of UN, foreign and French forces.

Jihadists once controlled northern Mali and were routed in the French military operation but they have since regrouped. Large stretches of the country remain outside of government control.

Thousands of soldiers and civilians have been killed, and hundreds of thousands have had to flee their homes because of the fighting which has also enflamed ethnic tensions and clashes.

Africa » Be a reporter: Write and send your article » Subscribe for news alert
Tags: Mali, conflict