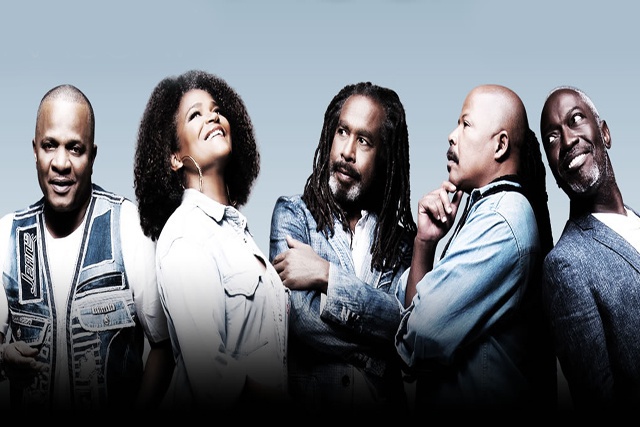 The core members of the Kassav Band (Haroun Rachidi)

(Seychelles News Agency) - 23 years after their first show in Seychelles, the Caribbean Zouk Band 'Kassav' will be back to the island nation's shores to perform at this years 'Festival Kreol', an annual festival at the end of the month of October during which the Indian Ocean island nation showcases it’s Creole culture to the world.

In 2014, the organisers have decided to give a boost to the 29th edition of the festival by inviting the Kassav band to perform alongside popular artists from the Seychelles and the neighbouring Indian Ocean island of Reunion.

Kassav to give impetus to annual festival

Speaking at a press conference on Friday, the Seychelles Tourism and Culture Minister, Alain St Ange said the band comprising of some 20 musicians and dancers, including top singers, Jocelyne Beroard and Jacob Devarieux will perform at the opening ceremony of Festival on October 24.

The group will also stage its own show, the following evening, which the organisers predict will attract thousands of fans of all age groups.

This will be an open air show, but St Ange did not specify the venue.

The archipelago's Tourism and Culture Minister said the return of Kassav to Seychelles, after over 23 years, will help re-launch the cultural event.

"We have been working hard to relaunch the festival and though it wasn't easy we managed to get Kassav to perform this year.(...)..we wanted to launch with a band that is known (...) a major Creole band such as Kassav will do a lot to enhance our image and creole culture," said St Ange at the press conference.

Kassav is the Haitian and Antillean Creole name for a local dish made from cassava.

The Kassav band which was formed back in 1979 and have produced many albums with some of their songs becoming international hits like 'Zouk la sé sèl médikaman nou ni' (Zouk is our only medicine).

The Creole Festival is viewed as one of the most important events on the Seychelles calendar of cultural events, offering residents and visitors an assortment of colours, sounds, flavours and fragrances of the Seychelles islands which is joined with friends from other Creole nations.

St Ange said full details of the Festival's programme is being finalized. As is the case each year it should feature discussions about the Creole language, musical shows, art competitions for school children amongst others.

Promoting the identity of creole nations

Over the years a lot has been done to bring the neighbouring Indian Ocean islands together to promote their shared interests like tourism and culture.

Earlier this year the Indian Ocean Commission (IOC) commissioned a group of artists Reunion, Seychelles, Mauritius and the Comoros to produce a hymn for the region.

While it was officially launched at the 4th IOC Summit held in the Comoros in August, legendary Seychellois singer and songwriter Patrick Victor who worked along with 4 other regional artists took the opportunity to present a copy of the hymn the St Ange at yesterday's press conference to confirm Kassav's presence in Seychelles in October.

Victor has worked together with Linzy Bacbotte from  Mauritius, Eusebia Fatoma from Madagascar, Salim Ali Amir from the Comoros and Davy Sicard from Reunion to produce the Official hymn of the Indian Ocean region titled 'Ensemble' (together).

The five artists have worked together to have the song in five languages from French, Seychelles Creole, Mauritian Creole, the Creole used in Reunion and the Malagasy language.