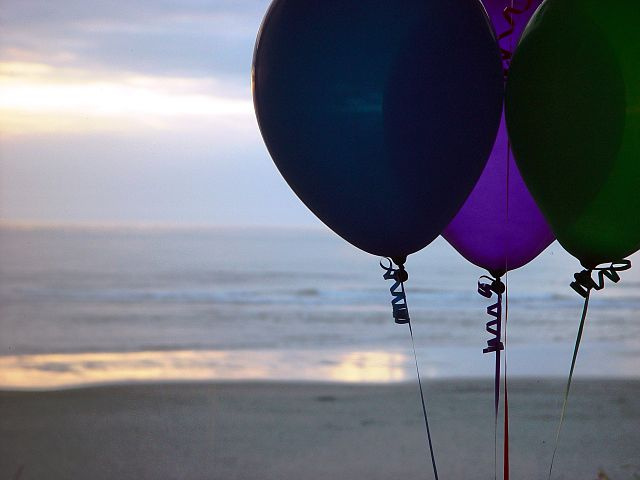 Environmental groups have welcomed the news while some people involved directly with event planning said such decisions should include more consultations. (Brian Glanz, Wikipedia)  Photo License: CC BY 2.0

(Seychelles News Agency) - A proposed ban on the importation of balloons has environmentalists bursting with joy but others feeling deflated over the prospect of less festive parties.

Whilst environmental groups have welcomed the news and the prospect of cleaner beaches and waters, some people involved directly with event planning said such decisions should include more consultations, whilst others are waiting for an alternative to latex balloons.

“After launching our #SeyNoToBalloons campaign and starting a petition with Sustainability for Seychelles to the previous government at the beginning of 2020, The Ocean Project is over the moon to hear about this ban and applaud the decision of the government to put our oceans first,” said Zara Pardiwalla, cofounder of The Ocean Project Seychelles.

Five months ago, the two not-for-profit organisations initiated a petition to the Ministry of Environment to take concrete action to get balloons banned on beaches in Seychelles - 115 islands in the western Indian Ocean.

The petition also called on all members of the public to support this important cause “to protect our beautiful ocean and its marine life so that they may be enjoyed by the Seychellois people and our visitors for generations to come.”

Whilst this was a call to have balloons banned on beaches, last weekend’s announcement by the head of state was a ban on the importation of balloons. "We have noticed that balloons are being used more frequently at the beach. These are left behind and are washed away during high tides, and end up in the oceans, where they have a destructive impact on marine life,” said President Wavel Ramkalawan.

Ramkalawan spoke at a cleanup exercise in the capital city of Victoria. Even though no timeframe was announced Pardiwalla said: “We hope that the ban takes effect as soon as possible and that thorough enforcement follows.”

Not everyone backs the idea. The owner of Clynn’s Boutique – which sells a variety of party decors and accessories - told SNA on Thursday that such decision should involve consultations. The owner explained that for people involve in decors balloons makes up 75 percent of the decorations.

“I would have understood banning balloons on the beaches as this is something that is an environmental concern. But decorating a venue or having balloons at a house for a child’s birthday should not be a problem,” said the owner. The owner added that a consignment of balloons for her shop has already been shipped and she wants to know what will happen to the goods.

Jeanina Edmond of All Occasion Decors and Flowers said that she can easily improvise without balloons. “There are balls that can be made with paper, and we can also use different cloths, streamers, drapes and other accessories, but yes balloon creates a different ambience especially for children,” explained Edmond.

A graduate in Environment Studies, Sheril Decomarmond said that she understands the need for Seychelles to maintain its pristine environment. “Yes, balloons are destructive especially when washed out to sea, but if we are banning balloons what other alternatives are there?” said Decomarmond, who is currently involved with a reef conservation project.

In its petition, The Ocean Project Seychelles had highlighted the dangers of balloons for marine life. Single-use plastic item poses a real and serious risk of mortality to sea turtles and seabirds which often mistake balloons for their favourite prey – jellyfish and squid. When ingested by these animals, balloons tend to get lodged in their digestive tracts with the resulting blockages leading to choking and starvation.

“In the past, we have seen the use of biodegradable products allowed as a replacement for plastic items.  However, balloons advertised as biodegradable are just as destructive as plastic ones, taking several years to decompose and endangering wildlife within that time,” said The Ocean Project Seychelles.

General » Be a reporter: Write and send your article » Subscribe for news alert
Tags: The Ocean Project, Sustainability for Seychelles