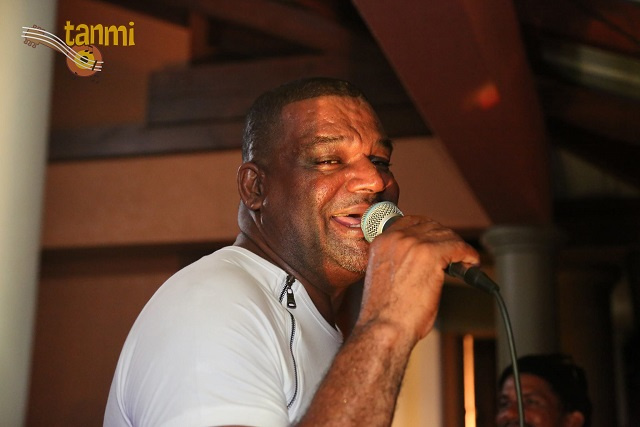 (Seychelles News Agency) - Seychellois artist and entertainer Joseph Sinon says the downturn in the entertainment business due to COVID-19 is forcing him to travel to Mauritius to perform.

Sinon left Seychelles last Friday for Mauritius, where he plans to perform in eight musical shows in several venues including Grand Baie and Flic en Flac. On Christmas Day, the artist, who is accompanied by another popular singer, Elijah, will be performing in Rodrigues.

The veteran singer and entertainer told SNA that COVID-19 has affected his livelihood since March, following partial lockdowns at hotels, discotheques and other entertainment venues.

He said he has been unable to host musical shows in Seychelles, a group of 115 islands in the western Indian Ocean, due to strict health guidelines that prevent outdoor shows and large crowds in confined spaces.

Venues such as the International Conference Centre where most musical shows are held have been forced to reduce the number of people they accommodate.

"We have to cut the number of fans by half and considering the expenses that come with organising a musical show in the country, this is not financially viable. We will lose more than we have invested. It is tough being an artist in Seychelles right now," said Sinon.

Faced with restrictions, the artist said he was forced to adapt to the new normal and used another approach to engage his fans.

"I opted to use online platforms such as social media and YouTube channel to showcase my new video clips which generated much interest in the neighbouring island of Mauritius," he explained.

Sinon presently has three singles being aired in Mauritius -- Maler Zouti, Zafer In Sal and a 10-minute sega medley with other popular local artists.

The artist, who collaborates closely with Elijah, said he made a personal investment and this has paid off.

"My work was appreciated outside Seychelles and I started getting calls to perform in Mauritius and Rodrigue which will definitely help during this difficult time," he added.

Sinon plans to launch his ninth album "Konba Round 20" during his Mauritian tour.

The album has been recorded in Seychelles and Mauritius and Sinon said the launch and dubbing of CDs will be done in the neighbouring island as the production cost is cheaper.

Sinon, who is among the most sought-after entertainers during New Year in Seychelles, will miss this year's celebrations as he plans to spend one and a half month in Mauritius.

People » Be a reporter: Write and send your article » Subscribe for news alert
Tags: COVID-19, Konba Round 20, Elijah, health guidelines