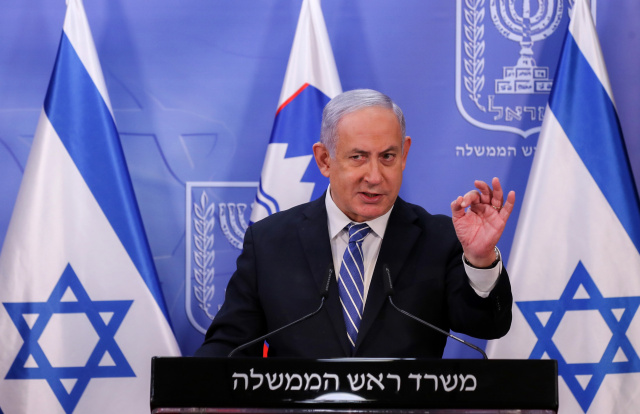 In a televised address, he thanked Moroccan King Mohammed VI "for taking this historic decision to bring an historic peace between us".

Netanyahu said the people of Israel and Morocco have had a "warm relationship in the modern period".

"We will resume liaison offices quickly between Israel and Morocco and work as rapidly as possible to establish full diplomatic relations," Netanyahu said.

Morocco and Israel had respectively maintained liaison offices in Tel Aviv and Rabat in the 1990s, before closing them in 2000.

Netanyahu also alluded to a "tremendous friendship shown by the kings of Morocco and the people of Morocco to the Jewish community there."

He said the hundreds of thousands Moroccan Jews who immigrated to Israel "formed a human bridge" between the countries.

In the 1950s and 60s, Jews from Iraq, Yemen and Morocco migrated to the Jewish state, where key posts were in the hands of Ashkenazi Jews, who hail from Europe.

Called Mizrahim, Jewish migrants from Arab states settled outside big cities, and felt excluded at the time by the Israeli left wing, which was then in power.

But at the end of the 1970s, Likud, now the right-wing ruling party of Netanyahu, courted their vote to form another electoral base.

"I've always believed that this historic day would come," Netanyahu said, before lighting a candle for the Jewish Festival of Lights, Hanukkah, which began Thursday.

After the United Arab Emirates, Bahrain and Sudan, Morocco is the fourth Arab state since August to commit to establishing diplomatic relations with the Jewish state.

The agreement between Israel and Morocco was announced Thursday by US President Donald Trump, who also said the US would recognise Moroccan sovereignty over the disputed territory of Western Sahara.

Netanyahu thanked Trump for "his extraordinary efforts to bring peace to Israel and the peoples of the Middle East".

Islamist Hamas movement, which controls the Gaza Strip, a Palestinian coastal enclave, quickly slammed the deal between Israel and Morocco.

"It is a political sin that does not serve the Palestinian cause and encourages the occupation to continue to deny the rights of our people," Hamas spokesman Hazem Qassem, told AFP, referring to Israel.

Over the past decade -- particularly under Trump, whose policies have been highly favourable to Israel -- there has been a significant expansion of settlements in the occupied West Bank and east Jerusalem.

More than 450,000 Israelis live in settlements in the West Bank, home to about 2.8 million Palestinians.

Settlement expansion is widely seen as complicating the prospects for a "two-state solution", which would see a viable Palestinian state created alongside Israel.

General » Be a reporter: Write and send your article » Subscribe for news alert
Tags: US, Morocco, Israel, Sahara