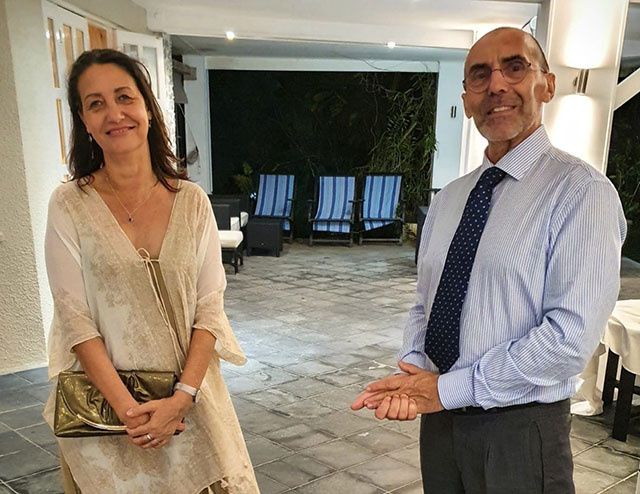 The French Ambassador to Seychelles, Dominique Mas, announced the award for Twomey at a reception on the occasion of the International Human Rights Day on Thursday, (French Embassy)

(Seychelles News Agency) - Judge Mathilda Twomey is the first Seychellois to be awarded a Human Rights Prize from the French and German governments. The French Ambassador to Seychelles, Dominique Mas, announced the award for Twomey at a reception on the occasion of the International Human Rights Day on Thursday.

Judge Twomey was one of 15 people in the world to receive the prize for their work in the protection of minors. The Franco-German Human Rights Prize was created to pay tribute to those who defend human rights (HRD).

"It is for this action in favour of the protection of minors that the German and French Ministers of Foreign Affairs have designated Ms Twomey among the 15 winners of the prestigious Franco-German Human Rights Prize created in 2016 to honour each year 15 HRD fighters in the world,” said Mas.

In June, Twomey was appointed chairperson of a commission for the reform of legislation for minors.“Thanks to its action, Seychelles became aware of unsuspected social ills and decided to actively combat these crimes. The commission for the reform of laws on minors, which she chairs, bears witness to this desire to protect minors,” said the ambassador.

Mas paid tribute to Seychelles, which he described as a young and dynamic democracy “which showed its vitality through the last elections and the political transition which followed, at a time when some old democracies showed signs of weakness." The ambassador gave his country’s support for “Seychellois in the defence of their rights and to advance them.”

Twomey was until September this year the Chief Justice, a post she served for five years until her resignation. The former Chief Justice has in the past spoken strongly against cases of child abuse in Seychelles – 115 islands in the western Indian Ocean. In a case that shocked the island nation in April this year, three men, including a police officer, pleaded guilty to charges stemming from the sexual abuse of 75 girls ranging in age from 12 to 18 over a period of seven years.

The case was a first-of-its-kind in Seychelles in terms of scope, length and method. The men were convicted and sentenced to 25-, 12- and 8-years’ imprisonment respectively on 26 sexual offence charges committed against children.

Twomey, who delivered the judgement, said that the whole case was depressing and that she was shocked at the extent of the abuse. “I found it extremely harrowing and traumatic,” said the judge who continued to speak against sexual predators in the society and called for parents to be more vigilant.

Due to COVID-19, Twomey’s medal and diploma have not arrived and are expected on the islands early next year.