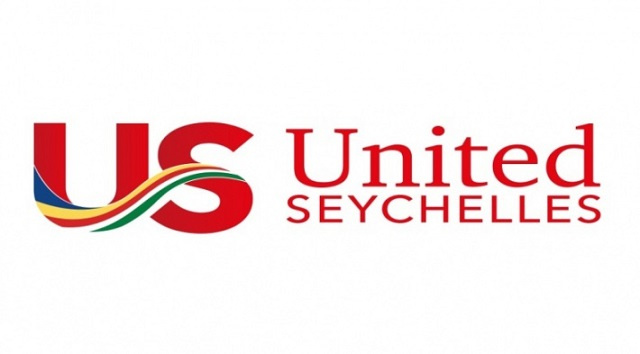 Elections will also be held for members of the party's executive committee; 30 candidates have registered. (Seychelles Nation)

(Seychelles News Agency) - Two candidates are vying to become the leader of the United Seychelles political party in an election scheduled for January 30 at an extraordinary congress, the office of the secretary general said on Monday.

Elections will also be held for members of the party's executive committee; 30 candidates have registered.

Last month the party announced that a new leader and executive committee will be elected in an extraordinary congress in January and the members had until last Friday to register as candidates.

The leadership change comes at a crossroads for the party, which was the dominant political power in the island nation for decades, but decidedly lost the October vote in both the race for president and National Assembly.

The chief executive of United Seychelles, Andy Jean-Louis, who is also the secretary general, told SNA on Monday that all the candidate names will be vetted this week by the internal ethics committee prior to being presented to the congress, the supreme organ of the party, next month.

"Our constitution is clear as to who can stand as a candidate and we set the bar very high as we want a person with integrity, one who is respectable and can represent the party at all levels be it national or international," said Jean-Louis.

He added that all candidates will also have to declare their assets.

Two persons have submitted their candidacy to replace Vincent Meriton, who indicated last year that he will not stand for another mandate as leader of the party.

"One is a seasoned politician who is well-known and has been on the political scene for a long time, while the second candidate is making his debut at this level, but he is active at community level," said Jean-Louis.

The party's national executive committee has 15 members and twice the number have submitted their names for the post. Other than the party leader, the committee comprises of representatives of the parliamentary caucus, youth, women, and elderly representatives, as well as professionals.

The United Seychelles party lost both the presidential and National Assembly elections of Seychelles, an archipelago in the western Indian Ocean, held simultaneously October 22-24.

The presidential candidate of the Linyon Demokratik Seselwa (LDS), Wavel Ramkalawan, won the presidency with 54.9 percent of the valid votes and LDS won 20 out of the 26 seats in the National Assembly.

The United Seychelles' presidential candidate, Danny Faure, who was the incumbent president at the time, won 28,178 votes or 43.5 percent. It was the party's first defeat at the top office since 1977 when it came to power through a coup d'etat.

Jean-Louis said despite losing the elections, United Seychelles remains relevant as it is still supported by over 28,000 voters and can still make important contributions towards the country's democratic process.

"This is a new departure for the party and it will be an opportune time for the new leadership to relook at the party and decide in which direction they would want the party to go, especially now that we are in the opposition," said Jean-Louis

He also announced that he will also step down after the extraordinary congress at the end of January to make way for a new chief executive officer and secretary general.

Jean-Louis, who has occupied the post for nearly three years, said he believes in giving the new leadership the fresh starts it needs.

"I am not a politician. I believed sincerely in the approach of former President Danny Faure and his message but unfortunately, the people have chosen another kind of politics. As a result, the party will have to resort to a different kind of politics," he told SNA.

The extraordinary congress will take place at the International Conference Centre and it will be the first time that the leadership of the party is elected under the new constitution which came into force in November 2018.