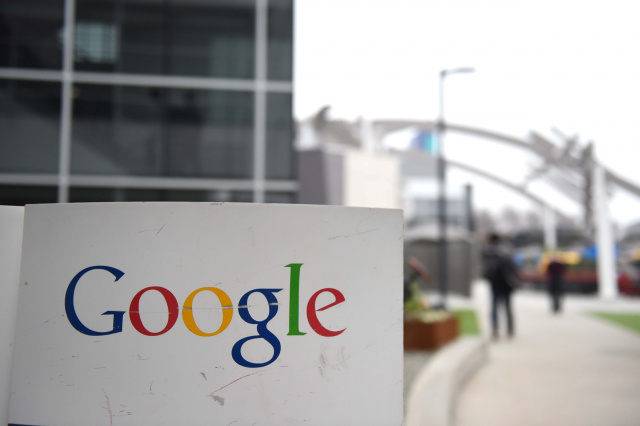 (FILES) In this file photo the Google logo is seen on the Google campus in Mountain View, California, on February 20, 2015. A massive outage knocked Google services including Gmail and video sharing platform YouTube offline across much of the globe on December 14, 2020. Hitting in the middle of the European workday, the issues frustrated users who immediately took to social media to air their grievances, even though the internet giant said the problem was resolved in 45 minutes. (SUSANA BATES / AFP)

(AFP) - Google's cloud-hosted email service suffered a "significant" disruption Tuesday, just a day after it went down during a massive outage of the internet giant's platform.

Google said on a status dashboard that it had Gmail operations back in order shortly before 0000 GMT, about two and a half hours after people started complaining of problems.

"We apologize for the inconvenience and thank you for your patience and continued support," Google said in the status dashboard notice.

"Please rest assured that system reliability is a top priority at Google, and we are making continuous improvements to make our systems better."

Google did not disclose the number of users affected or the precise cause of the trouble.

The problem with Gmail affected "a significant subset of users," the company said in a post.

Gmail users encountered error messages, high latency and other unusual behavior at the service, according to Google.

A massive blackout on Monday temporarily disrupted popular Google services such as Gmail and video-sharing platform YouTube, derailing the remote learning, work and entertainment that people have come to rely on during the pandemic.

About 17,000 people reported Gmail service problems at a peak point at about 2:30 pm (2230 GMT) in California, where Google has its headquarters, according to the website Downdetector.

Other Google services such as YouTube, Maps and search appeared to be operating normally.

The broad outage on Monday lasted about 45 minutes.

Services that require users to log into accounts such as YouTube or Gmail had "higher error rates" than usual, resulting in people being denied access, Google said of the Monday outage.

Google indicated on its dashboard during that outage that it involved services for "the majority of users."

Already ubiquitous, online services have become more critical this year amid the Covid-19 pandemic, as millions work from home and students take their classes online.

General » Be a reporter: Write and send your article » Subscribe for news alert
Tags: US, software, Google