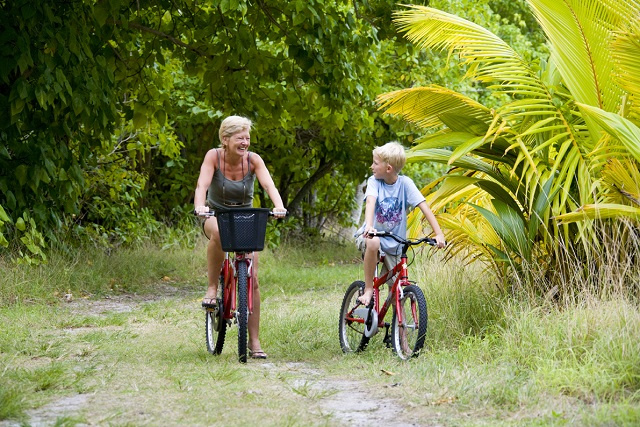 According to the Fitch Ratings, the key drivers for the rating is due to a slow recovery in tourism. (Gerard Larose, Seychelles Tourism Board)

(Seychelles News Agency) - An increase in Seychelles' external debt has resulted in the island nation's credit rating being downgraded from 'B+' to a 'B' with a stable outlook this year on the Fitch Ratings released last week.

The Fitch 'B' ratings indicate that while financial commitments are currently being met, the capacity for continued payment is vulnerable to deterioration in the business and economic environment.

The Minister of Finance, Economic Planning and Trade, Naadir Hassan, told a press conference on Monday that this rating downgrade is due to the fact that the country's economic performance has worsened amid the COVID-19 pandemic.

"In fact, since May when we received the last Fitch rating, the tourism sector has not recovered," said Hassan.

According to the Fitch Ratings, the key drivers for the rating is due to a slow recovery in tourism, an extension of fiscal measures and greater exchange rate depreciation.

The Seychelles' tourism industry, which is the top economic contributor, accounts for 25 percent of the nation's Gross Domestic Product (GDP), which is forecast to contract by 15.5 percent this year.

"Our forecast shows that the economy will contract. The government has been spending significant funds to support the private sector and that has driven up our debt, resulting in a budget deficit, which is the main reason for our rating to date," said Hassan.

Despite the downgrade, Seychelles, a group of 115 Islands in the western Indian Ocean, has been rated with a stable outlook.

"This is mainly due to the fact that we had a peaceful transition of power after the presidential and legislative elections in October. It shows political stability in the country," said Hassan.

Furthermore, the issuance of vaccines for COVID-19 in 2021 is expected to slowly bring some sort of economic recovery.

The minister explained that Seychelles is not the only small island state that has received this rating "but we need to stay disciplined with our expenditure such that we can progress towards the path of recovery."

On her side, the governor of the Central Bank, Caroline Abel, said that given that Seychelles is a small island state with limited resources its economy will be impacted more.

"As the situation prolongs, different countries will be affected at different period of time. Economies dependent on external activities will be impacted first than those depending on domestic activities," said Abel.

The lowest rating Seychelles ever had was in 2008 when the country had a rating of CCC with a negative outlook. The best rating was in 2019 where the island nation was rated twice at BB stable outlook.

The ratings by Fitch is done on a regular basis to assess the country's economic outlook including its external debt situation and potential risks to the archipelago's economy.