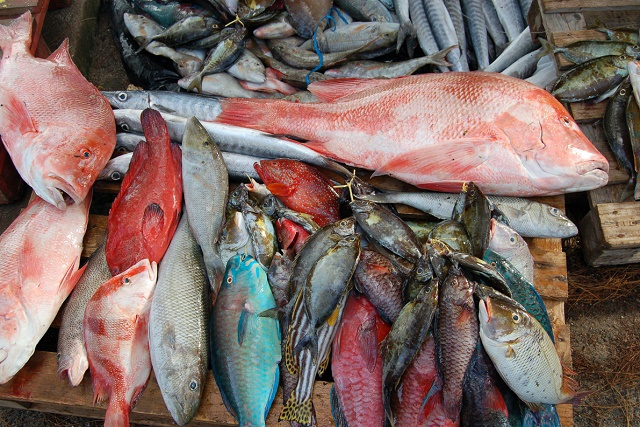 The plan will introduce soft measures to tackle overfishing and overcapacity on the Mahe Plateau. (Gerard Larose)

The 'Mahe Plateau Trap and Line Fishery Co-Management Plan' is the first step in regulating artisanal fishing in the seas surrounding the main island of Mahe.

The plan which will be implemented and enforced by the Seychelles Fishing Authority (SFA) was endorsed by the cabinet of ministers last week. The chief fisheries officer at SFA, Vincent Lucas, told a press conference on Tuesday that the plan will introduce soft measures to tackle overfishing and overcapacity on the Mahe Plateau.

Lucas explained that work on the management plan and its regulations started in 2009 after the authority noticed that fish stock around the Mahe plateau was depleting.

"With discussions, we did with fishers, they were telling us that they had to spend more time at sea, they were incurring more costs as they have to sail further away to fish and it was difficult for them economically," said Lucas.

According to Lucas this triggered a series of discussions, where for the first time the authority started consultations with the fisher community.

"We have adopted the co-management approach. We did our researches and presented that facts to them," explained Lucas, adding that together they had to propose measures to ensure the sustainability of the wild stock on the Mahe plateau.

The chief fisheries officer explained that the same species are being caught around the plateau. That is the job, grouper and bourgeois, compared to catches made on outer islands, where there are a wider variety and diversity of species, including a different variety of groupers and different sizes as well.

The Mahe plateau covers an area around the Mahe, the main island of the 115-island archipelago in the western Indian Ocean. The size of the area is 44,000 square kilometres.

Yannick Roucou, the legal adviser from the SFA, told journalists that there are several measures that the authority is proposing. "There is the minimum size for the bourgeois and the brown job, which is 32 cm. All artisanal fish traps should be registered and are licensed. People buying fishes including those from restaurants, they should ensure that they buy from registered fisher," said Roucou.

Roucou added that the violations of these conditions will result in a sanction of up to $944. SFA hopes that together with the Attorney General office to finalize regulations for the plan in the first three months of next year. The authority said that they will be counting on the fisher community for enforcement and collection of information.