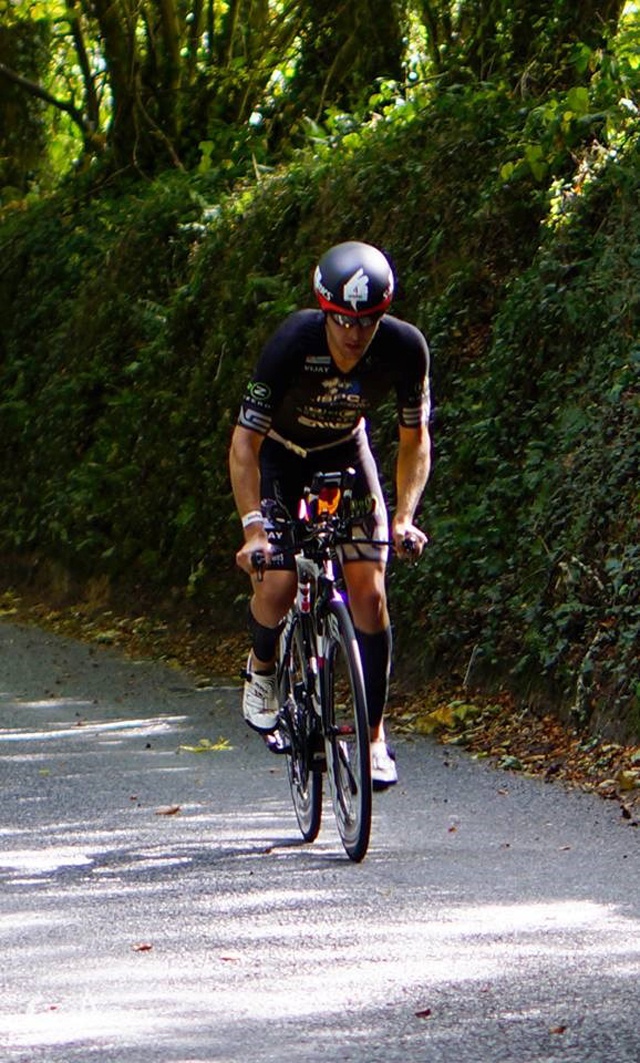 (Seychelles News Agency) - Focus on training and aim to become a better athlete in 2015. That is the goal of Seychelles’ first professional triathlete Nick Baldwin as he foresees what is to come next at the end of what he has described as a consistent season.

Baldwin participated in Ironman wales that was scheduled to be his last race for this year on September 14 coming out in fourth place. Some 1,850 athletes took part in the race in the town of Tenby in Pembrokeshire, Southwest Wales.

In an email interview with SNA he said he always knew the race would be challenging though he had high expectation as he had indicated that his aim was to win Ironman Wales.

“4th place wasn't as high as I hoped, but it was a fair reflection of my performance on the day,” said Baldwin whose finishing time was 9 hours 41 minutes and 04 seconds after clocking 54 minutes and 40 seconds in the 2.4 mile swim, 5 hours 19 minutes and 5 seconds for the 112 mile bike leg and running the 26.2 mile distance in 3 hours 17 minutes and 58 seconds.

“This race is renowned for being one of the most difficult Ironman races in the world (…)  Losing time to the favourites in the swim meant that I was chasing on the bike, which forced me to put in a big effort to try and catch the leaders. This effort soon caught up with me and 70 miles into the bike leg I started to fade. From there on it was a difficult day, but I was pleased to stay committed and gain a couple of places on the marathon,” he told SNA.

After four 140.6 mile races this year Baldwin has indicated that he is taking a few weeks off training to give his body the chance to recover.

“In recent weeks I've had a few niggling injuries which is another sign that it's wise to wrap up the season, even though it's tempting to do one final race. I'll return to the Seychelles this week and slowly start to get into pre-season training for next year's racing.”

Having won two local event in the UK and finishing in the top 5 at all four major international Ironman event he has participated in this year, the Seychelles triathlete has described his 2014 season which was his eighth season in the sport and only his second year as a professional triathlete, as a very consistent season in terms of results.

“There aren't many athletes who have placed in the top-5 at all their events this year, so the consistency is something I'm very pleased with. The highlight of the season is definitely my 3rd place finish at Ironman Australia in May, which was my first podium at an Ironman. The season hasn't been without its challenges though, as there have been a few races where I haven't performed at my best," he said.

As he takes some time off before resuming training for his 2015 season Baldwin has already identified areas he needs to work on to achieve better results next year.

“….. I've consistently lost 6 minutes to the leaders coming out of the swim this year, which I simply can't afford to do. If I can improve in this area, I'm confident it will have a big positive impact in next season's races (….)  training for triathlon is about balancing the three disciplines. Whilst I need to improve my swim, it can't be at the expense of my biking and running. The challenge is improving across all disciplines simultaneously, but this is something that I'll be working closely to achieve with my coach.”

Baldwin who is backed by some Seychelles-based sponsors, says he is already eager to go back to training despite this year’s season has just ended adding that his goal for next year is to focus becoming the best athlete he can be.

“I'll target a few key races next year, as well as a few other tune-up races which will be chosen to help me reach race fitness…….I'll discuss potential race options for 2015 with my sponsors and coach. As of yet nothing has been confirmed, but the focus will be on the major international long-distance events (…..) These are the races where you have the opportunity to test yourself against some of the best athletes in the world, and ultimately these are the races where I want to perform at my best.”