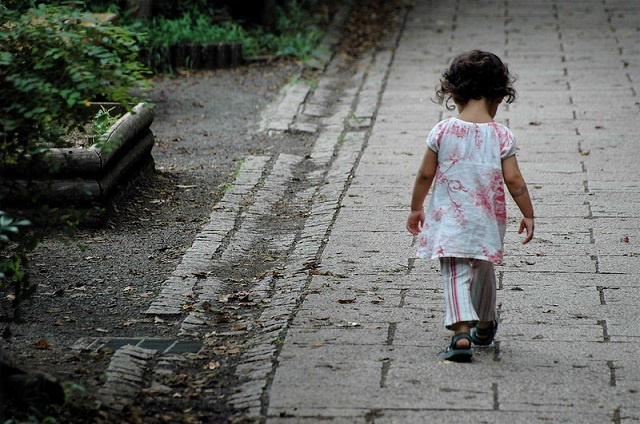 "There will be consequential amendments so the offences in the penal code will be appealed and the new law will be brought in," explained Twomey, adding that consequently the Children's Act and the Evidence Law will also change for the protection of minors. (Lance Shields/Flickr) Photo License: CC BY 2.0

(Seychelles News Agency) - New legislation addressing sexual crimes against children is being proposed to update some of the "archaic" systems that currently exist in Seychelles, Justice Mathilda Twomey said.

The chairperson of the Seychelles Child Law Reform Committee said Seychelles has systems "that we must get rid of."

The committee is recommending the introduction of a range of new offences including, the crime of rape; sexual grooming; offences involving the use of intimate images and sexual communication with children through social media and other digital platforms; mandatory reporting; harassment offences such as catcalling and flashing; blackmail and others.

It is also recommending a range of procedural laws that will safeguard child victims and witnesses from further trauma when having to interact with the criminal justice system and obligations on the police, prosecutors, social services and judges when investigating and adjudicating sexual offences. The committee is also recommending enhanced protection for persons living with disabilities.

"There will be consequential amendments so the offences in the penal code will be appealed and the new law will be brought in," explained Twomey, adding that consequently the Children's Act and the Evidence Law will also change for the protection of minors.

The committee was set in June 2020 by the then President Danny Faure. This was after the Supreme Court in April delivered judgment in a case where three men were sentenced to varying prison terms for a range of sexual offences committed against 75 young girls over some time.

The case served as a catalyst to review Seychelles' legal framework and response to child abuse.

The committee comprises of experts from the judiciary, the Attorney-General's Chambers, the Department of Social Affairs, Seychelles Police, National Council for Children and the Ministry for Education.

Earlier this month, Justice Twomey, a passionate advocate for human rights and children's rights, became the first Seychellois to be awarded a human rights prize from the French and German governments. Twomey was one of 15 people in the world to receive a prize for their work in the protection of minors dedicated this award to the Child Law Reform Committee (CHRC).

"Without the platform and the mandate that the CLRC has created, and the dedicated and passionate members of the CLRC and technical committee, the prospect of seeing tangible legal change would not have been possible," said Twomey, a former Chief Justice.

Other members of the committee have endorsed the stand-alone law which they said is overdue. "For many years I have sought dedicated legislation and personnel for the protection of children. It has been disheartening to see that people who are legally minded and in positions of power have traditionally held back progress in this regard. However, I am now hopeful that with this reform there will be a more concerted effort, which will guarantee successful implementation. At the end of my career I wish to leave a legacy of adequate protection of children in Seychelles," said Linda William Melanie, the principal secretary for Social Affairs.

Catriona Monthy, a psychologist with the Ministry for Education, said "there is currently a gap with regard to education. The recent cases and response from the public, children and educators have revealed a lack of knowledge and understanding when it comes to issues of child abuse, the frameworks in place and those that are needed."

Monthy added "we need to lay the groundwork, taking example from other countries who have successfully implemented child protection laws. There is also a language barrier that needs to be addressed, and sexual education needs to be reinforced in schools and communities."

The committee said that number of countries around the world have undertaken law reform processes on child protection. Seychelles is therefore fortunate to be in a position to learn from the experiences of other jurisdictions towards adapting and incorporating appropriate laws to respond to this issue in Seychelles – 115 islands in the western Indian Ocean.