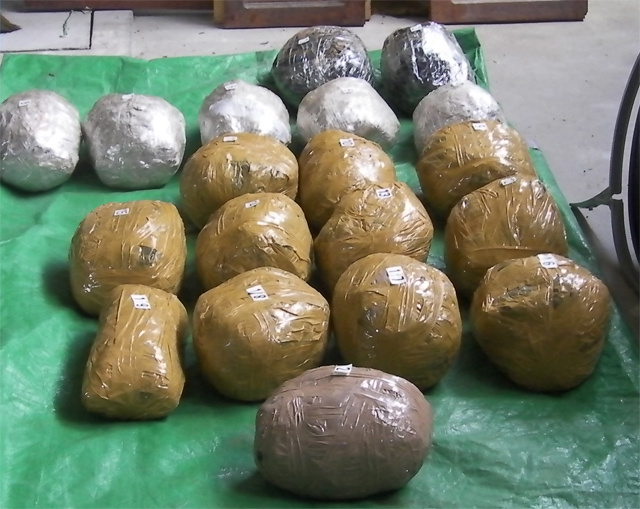 (Seychelles News Agency) - The Seychelles Anti-Narcotics Bureau (ANB) has seized 30kg of suspected herbal cannabis, the second-biggest seizure of the substance this year, the Bureau said on Monday.

The cannabis, together with 96 grammes of heroin, was seized on Saturday when the ANB went to view suspected drugs at a warehouse in the eastern Mahe district of Pointe Larue, the Bureau said.

ANB said no persons were arrested during the seizure but an investigation has started.

The biggest seizure of herbal cannabis this year was 180 kg during an operation, in which a sailing yacht was intercepted by the Seychelles Coast Guard vessel along with ANB officers in July.

The principal offender in the case, a 52-year-old resident of Cascade, was sentenced to two terms of eight and a half years' imprisonment at the Montagne Posee Prison.

Earlier this month, ANB said that for the month of November alone, the Bureau together with the Seychelles Police recorded several cases of drug-related offences and these cases were as a result of searches and drug seizures.

A total of 36 drug cases were registered in November out of which 24 were from the main island of Mahe, seven from Praslin and five from La Digue, the second and third most populated islands respectively.

ANB added that "most of these registered cases will be prosecuted through the AGs officer and a joint investigation is being undertaken between ANB and the Mauritius Police into a regional case of drug importation."

The importation of illegal drugs remains a challenge for the authorities in Seychelles, with a vast Exclusive Economic Zone of 1.4 square kilometres.

Meanwhile, there is regulation already in place for the use of medical cannabis since February. The regulation describes the processes that parties must follow to allow access to a patient or the caregiver, to obtain, possess, store, administer or use medicinal cannabis.

The archipelago in the western Indian Ocean, has a zero-tolerance policy towards trafficking and importation of illegal drugs. If found guilty, the maximum sentence is life imprisonment.