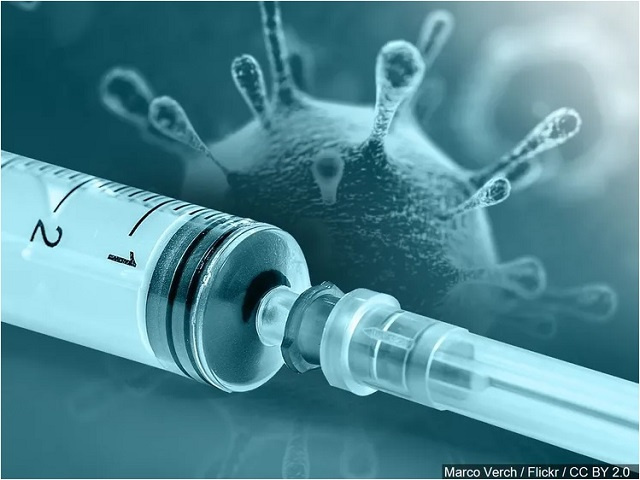 The public gatherings are banned both indoors and outdoors. (Marco Verch, Flickr) Photo License: CC BY 2.0

(Seychelles News Agency) - Seychelles is expected to roll out its COVID-19 vaccination plan this week, a health official said, even as cases of the virus continue to increase and spread to other islands of the archipelago.

The second-and third-most populated islands of Praslin and La Digue recorded their first cases of infections and suspected cases in the local community in the last several days.

As the population braces itself to possibly face more cases, the Public Health Commissioner confirmed in a press conference on Monday that it had received communication from the World Health Organisation (WHO) in regards to the SINNOPHARM anti-COVID-19 vaccine the country received as a donation from the United Arabs Emirates (UAE). The 50,000 doses arrived in the island nation late last month.

Jude Gedeon told the meeting that the health authorities were meeting to finalise their roll-out of the vaccination process. Gedeon warned though that “the effects of taking the vaccine will only be after the second dose has been taken,” meaning it takes three to six weeks after the first dose of the vaccine for it to become effective.

Health professionals will take the vaccine first, but the head of state, President Wavel Ramkalawan, has said he would lead by example and become the first to take the vaccine in Seychelles – 115 islands in the western Indian Ocean.

Gedeon stressed that the surest method of protection against the pandemic remains following guidelines such as wearing masks, observing good hygiene and social distancing. “We each have to protect ourselves. This is the way we can break the chain of transmission and bring this pandemic under control in our country!” he reiterated.

However, the doctor could not estimate how many other positive cases can be expected, although he said that there will be more, nor could he say at what number the infection rate would peak at and when.

As of at 3 p.m. January 4, there were 98 confirmed active cases of COVID-19 in Seychelles, of whom 58 are Seychellois and six health care workers. Since the first case in a cluster of community transmissions broke out last week, Seychelles has been experiencing a daily rate of around 12 new cases. The island nation also saw its first death from the virus on Sunday, a 57-year-old Seychellois.

Despite a sudden surge in the number of COVID19 positive cases among Seychelles’ native population on the main island, Mahe and the third biggest island of Silhouette, other inner islands had remained relatively unscathed.

This ended Monday when Praslin recorded six cases with another three awaiting confirmation. La Digue Island was also waiting for the confirmation of suspected cases.