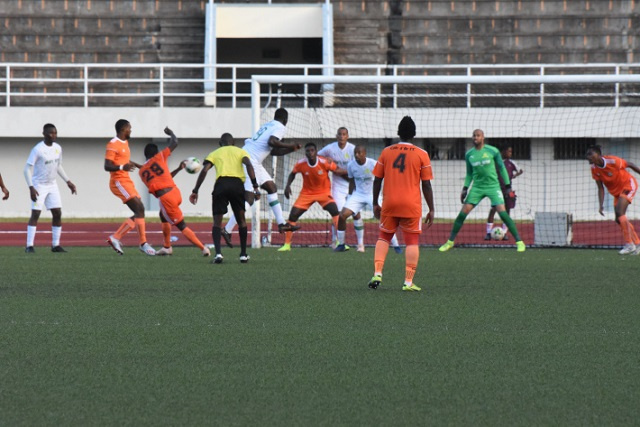 The Confederation of African Football (CAF) Champions League game between teams from Kenya and Algeria is scheduled for Wednesday in Nairobi. (Seychelles Nation)

(Seychelles News Agency) - Three Seychellois will be filling the referee roles during the Confederation of African Football (CAF) Champions League game between teams from Kenya and Algeria scheduled for Wednesday in Nairobi.

Veteran referee Bernard Camille will lead as central referee with his two colleagues Steven Marie and Hansley Petrousse assisting him. Referee Hendrick Mathieu also made the trip to Kenya with his colleagues for the match.

Seychelles Football Federation’s Georges Bibi told SNA that this is not the first time Seychellois referees get to perform at this level. Bernard Camille looked set to be selected for the upcoming 2022 World Cup, but he fell ill and therefore missed the selection process. Aged 44, this is the last year Camille will be refereeing at international level. He has also officiated at various continental competitions.

“These are FIFA’s rules. Football is evolving and is becoming faster and faster. As such referees have to be in perfect physical condition to be able to keep up with the rigors of the matches as well as be proficient in handling of those same matches,” said Bibi.

The local football federation does not have much to do with the selection of referees for international matches apart from sending the names of their registered referees to the sport’s governing body.

“FIFA organizes to have them tested physically, as well as assessing their ability. The tests are strenuous and the referees have to be in top form to pass. As a federation we can only get involved if we are meting out disciplinary action or investigating a referee who has been selected by FIFA. In such situations we inform FIFA about the matter. The onus is on them,” added Bibi.

In the late 1980s up to early 2000s, there were as many as seven referees from the island nation who were selected by FIFA to referee internationally. A couple of years ago Seychellois officials were investigated for collusion for allegedly fixing a match, but FIFA eventually cleared them of all allegations. Currently five Seychellois referees have made it to FIFA’s list with 26-year-old James Emile likely to be picked for the 2022 World Cup.

“However, there is a problem. He is an SPTC bus driver and he cannot always make it to the training sessions due to his work. This will affect his chances as he will not be able to maintain the level of physical fitness required. As such we are cooperating with SPTC to find the best solution for him as his getting selected will also be a huge plus for Seychelles football!” explained Bibi.