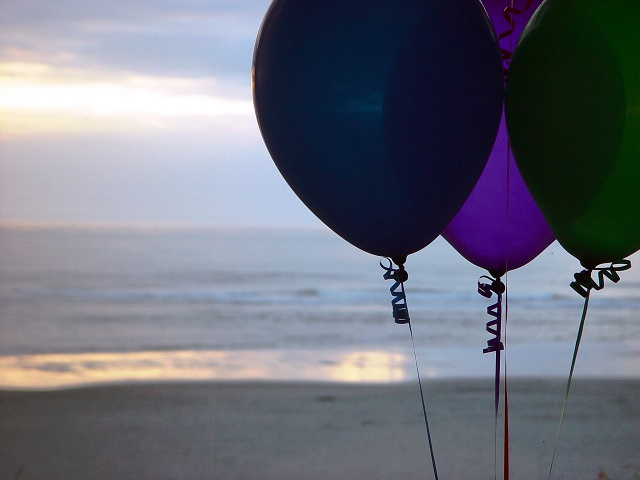 Any forms of plastic, biodegradable, rubber balloons and those with toys will not be allowed in the country. However, balloons used for meteorological purposes are exempted from the ban.  (Brian Glanz/Flickr) Photo License: CC BY 2.0

(Seychelles News Agency) - A ban on the importation of balloons by both businesses and individuals into Seychelles will take effect April 1, said a top official. Two months later a total ban will be in place, a policy change aimed at a cleaner environment for the island nation.

"We have given the space of three months from now for the ban as we need to consult with other partners involved such as importers and vendors of balloons," the director-general of Waste Enforcement and Permit from the Ministry of Environment, Nanette Laure, told a press conference Wednesday.

"Furthermore, Seychelles is a member of the World Trade Organization (WTO) and it needs to be put on their portal for a certain period," said Laure. Any forms of plastic, biodegradable, rubber balloons and those with toys will not be allowed in the country. However, balloons used for meteorological purposes are exempted from the ban.

Then, as from June 1, there will be a total ban on the fabrication, sales and use of balloons in the country. Laure said that the idea to ban balloons was on the government's table for quite a while given the nuisance they pose for the environment.

"A typical example would be people gathering at the beach. If they are using balloons, the tendency is not to discard it properly, thus, it ends up in the ocean, affecting another livelihood. But the problem is everywhere, and this is why we need a total ban," said Laure.

Meanwhile, the Ministry of Environment is encouraging people to come up with alternatives as decorations for their parties and gatherings. In a recent interview on the matter, Jeanina Edmond, who is the owner of All Occasion Decors and Flowers told SNA that she can easily improvise without balloons.

“There are balls that can be made with paper, and we can also use different cloths, streamers, drapes and other accessories, but yes balloon creates a different ambience especially for children,” explained Edmond.

President Wavel Ramkalawan announced a ban on balloons in November last year. “We have noticed that balloons are being used more frequently at the beach. These are left behind and are washed away during high tides, and end up in the oceans, where they have a destructive impact on marine life," said the president.

Ramkalawan’s announcement drew mixed reactions but the effort to ban balloons has not been a step taken by the government solely. Five months ago, two not-for-profit organizations – The Ocean Project Seychelles and Sustainability for Seychelles -- initiated a petition to the Ministry of Environment to take concrete action to get balloons banned on beaches in Seychelles.

The island nation, an archipelago in the western Indian Ocean, has in the last few years-imposed bans on several plastic items in a bid to further protect its environment. The ban on plastic bags, plastic utensils including cups, forks, Styrofoam takeaway boxes and plates was imposed in 2017. This was followed by a ban on single-use plastic straws.

The islands are re-known as a world champion in environmental issues and it is well known for its pristine natural assets.