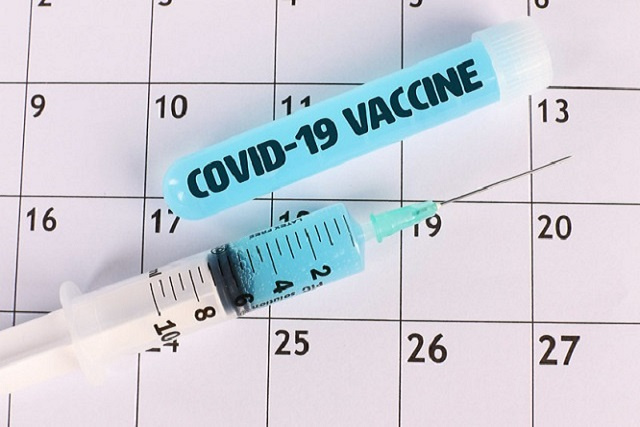 Seychelles' health ministry is gearing up to launch its COVID-19 immunisation drive and will administer the first vaccination on Sunday, January 10. Seychelles will start its immunization drive with the Sinopharm vaccine of which it has 50,000 doses. (Jernej Furman, Flickr) Photo License: CC BY 2.0

(Seychelles News Agency) - Seychelles’ political leaders will kick off the COVID–19 immunisation campaign on the island nation this Sunday.

The Minister of Health told a press conference on Thursday that the ministry is gearing up to launch its COVID-19 immunisation drive and will administer the first vaccination on Sunday, January 10. Seychelles will start its immunization drive with the Sinopharm vaccine of which it has 50,000 doses.

Minister Vidot said the vaccination team is well prepared for the campaign. “When we decided to implement this aspect of our fight against the spread of the pandemic locally, we put together a team to address all the logistics. All the staff who will be participating in the campaign have undergone training and are well prepared. We are ready!” added Vidot.

Vaccination of health care workers will follow. The campaign will also be launched in the country’s two other most populated islands of Praslin and La Digue on the same day. To start with the vaccinations on the main island of Mahé will be taken at the ministry’s premises for the health workers.

As of January 11, the campaign will move to the International Conference Centre in the capital city of Victoria. The week after vaccination will be decentralized moving to regional clinics being identified as vaccination centres. One thousand doses are expected to be administered per day to Seychellois nationals meeting the criteria set by the health professionals.

The campaign will cover everyone including the expatriate workers as well as those foreigners married to Seychellois nationals, but there may be a cost attached which is yet to be decided.

After the health workers, the campaign will target other essential service providers and their employees, followed by people who have a chronic illness. It will then be the turn of the elderly above 65 years of age, but who do not fall into the category of those having chronic illnesses. The campaign will target different age groups from 65 downwards to 18 years old.

Children below 18 have been left out of this first phase of vaccinations, which includes each person taking two doses of the vaccine over three weeks; as they are less susceptible to becoming seriously ill from such infections. Vidot explained that their needs will be addressed later.

Seychelles expects to have 300,000 vaccines available soon from different brands. The Sinopharm vaccines are a donation from the United Arabs Emirates and the roll-out of the campaign coincides with the visit of the Chinese Foreign Affairs Minister Wang Yi to the country as part of his Africa tour.

Public Health Commissioner Jude Gedeon told the media that they are aiming for a vaccination rate of 70 percent of the country’s population, which will permit it to achieve herd immunity and as such effectively break the chain of COVID-19 transmission and flatten the curve.

While the vaccine is not mandatory, the government is urging the public to take it, as the number of COVID-19 positive cases on the islands continue to surge. As of January 6, the country had recorded its highest number of positive cases – 44 in all including 16 health care workers.