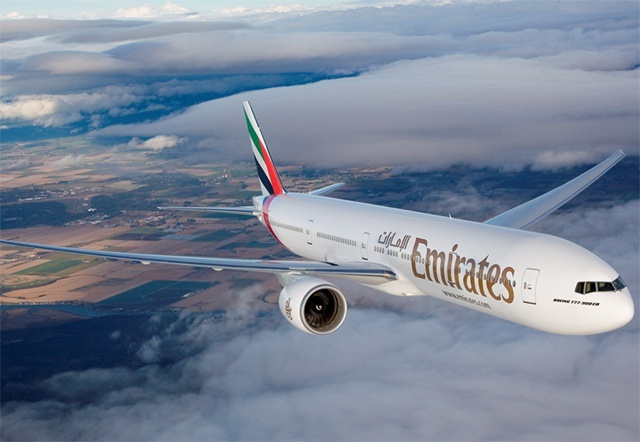 Emirates is cancelling its Sunday route until February 7 (Emirates Airline)

(Seychelles News Agency) - Two international airlines are reducing the number of flights to Seychelles in January, part of the reason the Seychelles Civil Aviation Authority (SCAA) is likely to continue to see losses in revenue in early 2021 following a loss of over $3 million last year, an Authority official said Monday.

SCAA Corporate Communication Manager Lina Laurence said the main reason is because of a drop in demand as a result of COVID-19 pandemic worldwide. “Over the past week, there has been a stark increase in COVID cases from our source markets and new restrictions have been put in place in most of those countries. Henceforth, dampening traveler confidence and impacting on-demand”, explained Laurence.

She added that the “fluidity and unpredictability of the current situation makes it so that even though airlines have specified a timeframe for the suspension or readjustment of schedule, it is difficult to ascertain whether they would resume operations as indicated”.

SCAA said the re-adjustment will also have an impact on its revenue, although it is too early to calculate the monetary impact of the cancellations. SCAA ended 2020 with a loss of $3.2 million compared to a profit of $7 million in 2019.

However, Laurence said this does not look attainable especially with the new restrictions imposed by some countries, and a new strain of COVID-19 which is also dissuading travelers.

However, she added that SCAA believes that traveler confidence will start to improve by March or April whereby by then the budget of 15 flights per week may be achievable.

Seychelles’ national COVID-19 immunisation programme was rolled out on Sunday with President Wavel Ramkalawan the first person to be vaccinated.

The national carrier, Air Seychelles is still operating on its regional networks in January, with weekly flights to Tel Aviv, Israel and three flights to Johannesburg, South Africa, and its last flight to Maldives on January 16. British Airways has also cancelled all its January flights whilst Air Austral has cancelled all scheduled flights to the island nation.

Tourism » Be a reporter: Write and send your article » Subscribe for news alert