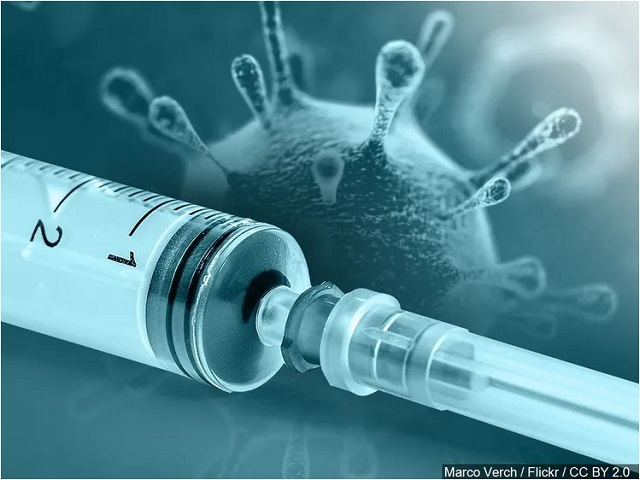 According to Gedeon, there will be an amended order to include the extra two weeks to ensure that the extra days are included in the legal provision. (Marco Verch, Flickr) Photo License: CC BY 2.0

(Seychelles News Agency) - Seychelles is extending COVID-19 restriction measures by two weeks, including school closures, until January 28 in a bid to stop the transmission of COVD-19 among its population.

Public Health Commissioner Jude Gedeon said in a press conference on Tuesday that the additional days will allow all health care workers to take the first dose of the COVID-19 vaccination along with other frontline workers.

Gedeon said that schools will remain closed as children are not being vaccinated for the time being and that they will fuel community transmission, but daycares and those offering childminding services can still carry on with their operations.

According to Gedeon, there will be an amended order to include the extra two weeks to ensure that the extra days are included in the legal provision.

The restriction of movement also applies to Praslin and La Digue – the second and third most populated islands, where there is an increase in the number of cases.

The latest restrictions were put in place as a result of new COVID-19 cases recorded on December 27, which also spread in the community. On January 5-6, the country recorded a sudden surge in active cases.

"Through our contact tracing, we have been able to trace almost 5,000 people related to the cases. We have noticed that the virus is now going on a downward trend, but we need to take into account that a lot of tests are still being processed in the laboratory, "said Gedeon.

Gedeon added that in "our latest review we have observed a surge in cases in places offering critical services. We have also observed cases in multiple locations and there might be those with the virus which are not reporting and does not form part of our statistics."

In terms of age group, the Health Commissioner pointed out that people between the ages of 15 to 19 are being mostly infected and the reason for that is that they are the most mobile group.

According to the latest statistics from the Ministry of Health, 612 cases of COVID-19 have been recorded in the country, amongst which 285 are active cases. Of those, 209 are Seychellois, and 76 are foreigners. There is only one death recorded. Eleven new cases were recorded on Tuesday.

Seychelles, a group of 115 islands in the western Indian Ocean, has launched its vaccination campaign and warned people on the need to remain protected as after taking the vaccine, it takes up to six weeks to become immune.

Health » Be a reporter: Write and send your article » Subscribe for news alert
Tags: COVID-19, Jude Gedeon, Ministry of Health