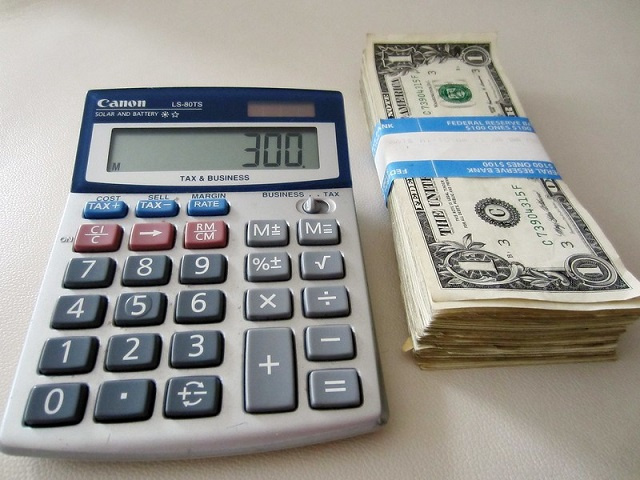 The minister told a news conference that on an annual basis, the government spends about $566 million (401(K) 2012/Flickr) Photo License: CC BY-SA 2.0

(Seychelles News Agency) - Seychelles’ government is looking to raise $212 million (SCR4.5 billion) through the issuing of treasury bills and treasury bonds, as the country finds itself in a dire financial state due to COVID-19 and the downturn in travel, the finance minister said.

“We are in a very critical situation when it comes to the government's finances.  Since the start of the year the amount of money in the government's coffer, from which it makes all of its expenses, has been zero or in the negative,” said Naadir Hassan, the Minister of Finance, Economic Planning and Trade.

The minister told a news conference that on an annual basis, the government spends about $566 million (SCR12 billion).

“For this year the revenue that we will collect is projected at about $354 million (SCR7.5 billion), with a deficit of $212 million (SCR4.5 billion). The government is still holding discussions on how to reduce this deficit, which is quite high,” said Hassan.

He explained that when a country has a deficit , there is a need to borrow which is normally done on the domestic market through treasury bills and treasury bonds. Hassan and his team are looking to raise a bond in foreign currency, for Seychellois and foreigners who want to invest.  Hassan explained the interest rate on a foreign currency bond is lower than on a rupee bond.

“Looking at the financial situation in the country, there are limitations on the government's ability to borrow $212 million (SCR4.5 billion) in the system today. Most of the financial resources that the country had were used in 2020. Since April 2020, we have been spending and borrowing to sustain our expenses. We should have realised that this crisis is a marathon rather than a sprint, where we were spending all the resources in 2020. We should have spent in a more responsible and sustainable manner so that our financial resources could have lasted us longer,” he continued.

According to the minister if the government doesn’t find a way to raise finance, “we will not have the money to pay wages for the next quarter. At the moment, people need to valorise their job and for those who do not have one they need to find one. The most important thing now is to put food on the table, it is all about survival now. As a nation we need to show solidarity towards one another. If we were used to making a profit margin of 30 percent, let us live on 10 percent so that everyone can survive,” he further noted.

He added that at the moment it is unclear if there are enough financial resources domestically to raise this borrowing to sustain the expenses.

To further ensure that the government meets this year’s total expense, the Ministry of Finance is looking to reduce duplications, inefficiency and mismanagement within the government. Collection of revenue is another area to be put under the microscope.

“It is important to have a plan on how to reopen the economy. Should we remain closed, we will run out of financial resources and it is clear at this time that the only way to get out of this crisis is through the vaccination programme,” said Hassan.

The minister encourages everyone in the country who can to get vaccinated. He explained that there are other countries, such as the United Arabs Emirates and Israel, where their vaccination programme is moving fast. Should Seychelles and these countries get their population vaccinated, a travel corridor can be established between the island nation and said country.

This will allow Seychelles – 115 islands in the western Indian Ocean - to get some tourists, ensuring that economical activities start kicking off, which will, in turn, sustain the country’s expenses.

Hassan added that there are also discussions to restructure the country’s external debts, the repayment of which will be pushed into the future.