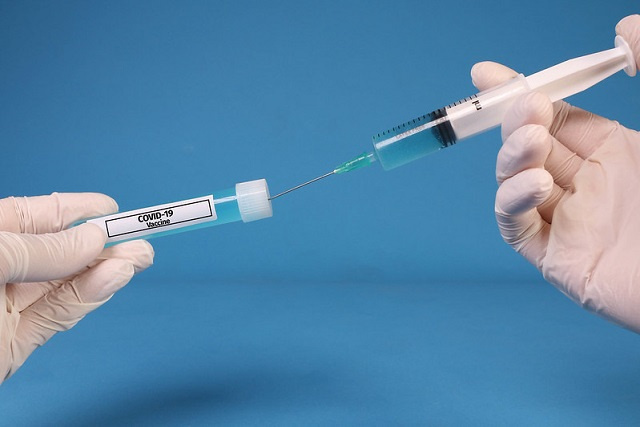 The traveller must also produce a negative PCR test taken within the prior 72 hours (Marco Verch, Flickr) Photo License: CC BY 2.0

(Seychelles News Agency) - Seychelles on Thursday re-opened its doors to visitors from anywhere in the world as long as they have taken both doses of the COVID-19 vaccination, said a top tourism official.

In addition to the vaccine, the traveller must also produce a negative PCR test taken within the prior 72 hours, the Minister for Tourism Sylvestre Radegonde told a press conference.

Tourists to the island nation must provide proof of the vaccination through an authenticate certificate. With all these, in order, the visitor will not need to go into quarantine upon arrival in the 115-island Indian Ocean archipelago.

Seychelles the last several months had put restrictions on which country's tourists were eligible to travel to the island nation becasue of high COVID rates in many countries.

“We hope that this will open up the tourism industry for the locals primarily for the small hotels who are struggling on La Digue, Praslin and also on Mahe. And also provide the kick that our economy desperately needs,” explained Radegonde.

By mid-March visitors to the islands will only need to produce a negative PCR test as the country would have vaccinated 70 percent of its local population, achieving herd immunity.

As of Thursday, nearly 2,000 vaccinations had been administered since the programme rolled out five days ago.

According to the head of the National Technical Working Group for COVID-19 vaccination, Kathleen Cecile, the programme started slow, but by Wednesday 938 individuals took the vaccine, bringing the campaign close to its target of 1,000 doses per day.

Cecile said to date there have been no reports of serious adverse side effects on any person.

At the beginning of the campaign, there were four vaccination centres on the main island of Mahe, namely at the Yellow and Green Roof at the Seychelles Hospital, the ICCS and Anse Royale.

The fifth team of health professionals was covering the islands of Praslin and La Digue. However, since Sunday, the ministry of health has revised its deployment plan to include more vaccination centres.

“We want to ensure that we remain on track of our March target of 70 percent coverage to achieve herd immunity, so we are now stepping up the campaign”, explained Cecile.

The new vaccination centres have been set up in five workplaces which were already operating a daily clinic for their staff and which fall under the group of essential workers, including the military, the civil aviation, and the Indian Ocean tuna canning factory.

The Sinopharm vaccine is being given to 18-year-olds up to 60-year-olds in the island nation. There are all told 50,000 doses of the vaccines donated by the United Arab Emirates government which will cover 25,000 individuals in Seychelles.

According to the manager for Extended Programme for Immunization, Florida Bijoux, the first doses can be administered within two weeks.

“We have managed to organise nine teams, with a target of 200 vaccines per day, meaning 1,800 vaccines per day. If we get the other vaccines needed for the remainder of the campaign, in the coming weeks, we can easily vaccinate 44,000 people within a month," she said.

People working in the tourism industry will also form part of the list of essential workers to receive the vaccines.