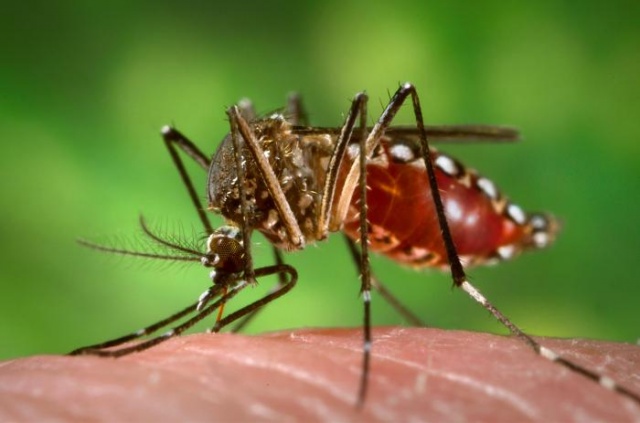 (Seychelles News Agency) - Seychelles has issued an alert for travellers headed from the islands to Mauritius due to a recent outbreak of over twenty cases of dengue fever (Type 1) in the neighbouring island nation.

According to a statement from the Seychelles Ministry of Health, the mosquito-borne virus is not expected to spread to Seychelles,however the ministry urged Seychellois visitors to Mauritius to take measures to avoid being bitten by mosquitoes.

Travellers to Mauritius are advised select accommodation with well-screened windows and doors and air conditioning wherever possible, and use mosquito netting over the bed as an extra precaution.They are also advised to wear long-sleeved clothing and long trousers when outdoors during the day and evening, and to use mosquito repellent thoroughly on clothing as well as on skin, as mosquitos may bite through thin clothing.

Mauritian authorities, however, are acting fast to get the outbreak under control by deploying insecticide-spraying teams country-wide and advising the population on the dangers of stagnant water.

Seychelles has no record for dengue fever cases in 2014. The last dengue epidemic was between January 20 and February 28, 2013 with a total of 76 cases reported. There were no deaths as a result of the fever.

Symptoms of dengue fever include severe joint and muscle pain, fever, headache, swollen lymph nodes rash and exhaustion. Dengue is prevalent throughout the tropics and subtropics.

Dengue fever is caused by a virus carried by the aedes aegypti sub-species of mosquito, and there is no specific medicine or antibiotic to treat it, however, treatment for typical dengue fever is directed toward relief of the symptoms. No vaccine against dengue exists as yet.

Infected humans are the main carriers and multipliers of the virus, serving as a source of the virus for mosquitoes, which maintain the transmission cycle as they bite uninfected humans. The virus circulates in the blood of an infected person for two to seven days, at approximately the same time that they have a fever.

Health » Be a reporter: Write and send your article » Subscribe for news alert
Tags: dengue, Mauritius