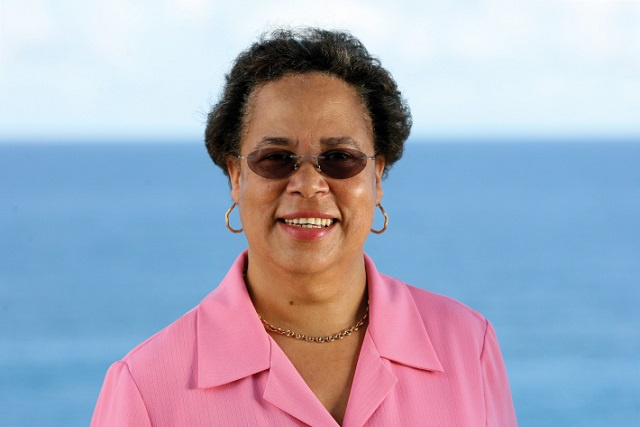 The retired member of the National Assembly served in the legistlative body from the return of the multiparty system in 1993 until 2016. (Seychelles Nation)

(Seychelles News Agency) - Seychelles’ longest-serving woman parliamentarian – Joevana Charles – died at her home on Sunday. She was 66. Her funeral was held on Friday at the St Therese church at Plaisance..

The retired member of the National Assembly served in the legistlative body from the return of the multiparty system in 1993 until 2016. Charles was the elected member for Plaisance and then Roche Caiman for 23 years.

“I am deeply saddened by the news of the passing of our dearest Jeovana Charles. Jeovana served the people of Seychelles with the steadfastness, dedication and compassion of a true leader. We owe her a debt of gratitude,” wrote Faure.

Michel wrote that: She was a great patriot and will always be remembered for her devotion to her people, her party and her country. I shall be forever grateful for her great contributions.

Charles was born in July 1955 and as the fifth in a family of eight children -- five daughters and three sons. Flavien Joubert, the younger brother of Charles, told SNA on Tuesday that her sister’s life “should be celebrated, as she lived a fulfilled and enjoyable life filled with lots of fun adventures.”

Joubert explained that growing up his sister was more of a mother to him and his younger brother as both parents were working abroad.

“And my sister took up the role caring for us, teaching us life values, helping us with our lessons and also preparing us for our holy communions and confirmations,” said Joubert, adding that when he got a scholarship to study abroad in the early 1970s it was his sister who took care of all the arrangements.

“My sister was a party girl and enjoyed entertaining family and friends at home. In the early days before she got married, every Saturday, she enjoyed going to balls at different popular places at that time including Bamboo Night Club, Shakara, Rainbow and Cafe Royale amongst others."

One of Charles' passions was cooking. “My sister’s entertainment also included food. She would always cook up a feast for lunch and dinner parties,” said Joubert, adding that “Creole food was always her favourite with octopus coconut curry and pork pot roast,” top on her list.

Fun aside, Charles was also a devout Catholic who according to her brother consecrated a large part of her life doing good deeds for the church. “She thought me at a young age about spirituality and daily before going to school, she would send me to clean the church before morning mass was celebrated,” recalled Joubert.

Professionally Charles was a teacher attending the National Teachers Training College. Later she went abroad and studied at the Moscow State Institute of International Relations.

“We express a tribute to her service in this institution, for her contribution to the legislative work of our country and her representation of the constituency of Roche Caiman over many years,” said Mancienne.

Regina Esparon, a member of the assembly, served in the parliament with Charles and also sat on several gender and women’s committees. “Even though we are political opponents, when abroad and representing Seychelles, we always spoke the same language.”

Charles is survived by two children and grandchildren.