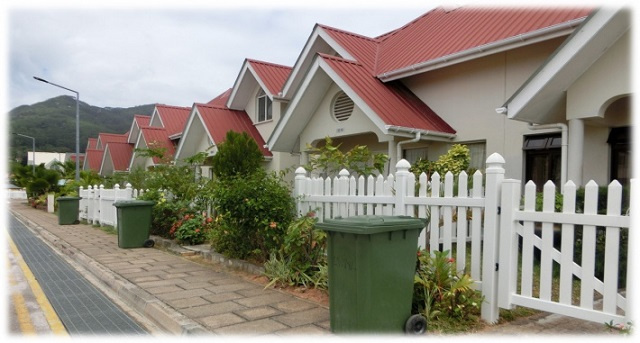 Under the project, 900 households on the manmade island of Perseverance will receive a 110-litre bin which will be used to dispose of household waste. (Seychelles Nation)

(Seychelles News Agency) - A waste sorting and collection project that was being implemented in Perseverance, Seychelles, is being delayed due to the ongoing restrictions in place in the island nation to prevent the spread of COVID-19.

The project, which is being implemented by the Land Waste Management Agency (LWMA), is part of efforts to better manage waste, which is fast becoming a major problem for the island nation.

Under the project, 900 households on the manmade island of Perseverance will receive a 110-litre bin which will be used to dispose of household waste. To carry out waste sorting, the collection of PETs and cans will be reinforced by mobilising redeem centres directly to the sites to encourage people to properly dispose of their recyclable waste.

Another aspect of the project is to encouraged inhabitants of the district to turn their organic waste, which makes up a large percentage of waste in bins, into compost.

The deputy chief executive of the agency, Rahul Mangroo, said that the main challenge LWMA is facing at the moment is the ability to meet with inhabitants and hold meetings for people wishing to submit their tender to collect the waste. These two processes are necessary to implement the second phase of the project.

“During the first quarter, until March, we were supposed to enter the second phase of the project, but due to the COVID situation, we will not necessarily be able to roll it out. The second phase has to do with going back to the residents of Perseverance with the surveys that we have analysed and explain to them how the collection process will be carried out as it is not a daily collection,” explained Mangroo.

At the moment, waste all over Seychelles, a group of 115 islands in the western Indian Ocean, is collected daily and brought to the landfill. Aside from PETs bottles, alcohol glass bottles and cans that are redeemed to centres by informal collectors, no other waste sorting is being done.

The deputy chief executive added that LMWA will also provide the inhabitants with the calendar of collection and give them some more details about how waste will be separated. This is also the phase where LWMA enters into a contract with the residents so that they can receive their bin, which they will maintain themselves.

Instead of daily waste collection, there will be a schedule where different types of waste will be collected on different days. Through the pilot project, the LWMA will be able to establish if the system works in Seychelles and what challenges the agency might come across when having the public to sort their waste.

The officer also said that at the moment it is hard to say when the project will resume as the team need to wait for the “guidance from the ministry of health through its advisory reports that it releases.”

Once the second phase is completed, LWMA will move to the third phase which involves analysing the process so far and make improvements where necessary. From there, the team will provide the government with feedback.

Should the pilot project be a success at Perseverance - the largest housing estate in Seychelles -- discussions about its replication possibly to Roche Caiman which is being eyed as the next district for the implementation of the project.