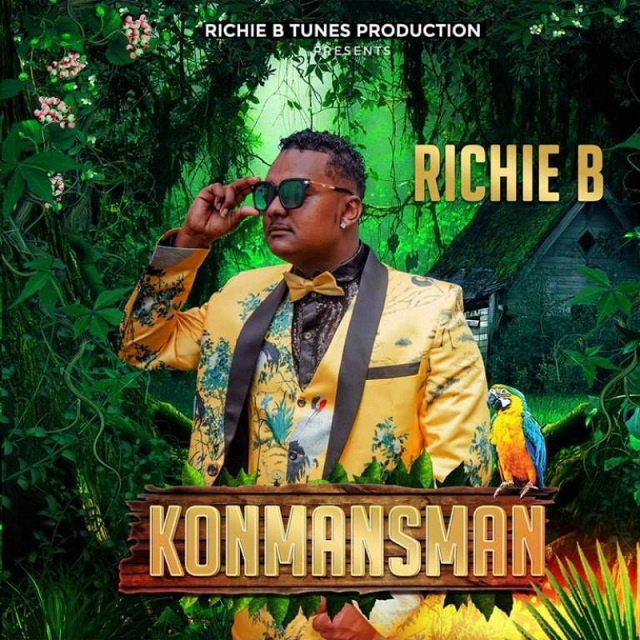 Richie B has produced one album entitled 'Konmansman.' (Seychelles Nation)

(Seychelles News Agency) - A song from Seychellois singer and entertainer Richie B on the TikTok video-streaming platform is creating a buzz among fans in the neighbouring island of Mauritius.

The song entitled ‘Dimoun I koze” (People talk) which is Richie B’s first track on an online digital platform has reached almost 2,000 views.

"I first put the song on a platform call distrokid.com after being introduced to it by another two young and promising Seychellois artists -- Auspicious and Gunz. I've never used such an online platform before to promote my song per se, but what this platform did is that it later shared the song to other platforms, which luckily ended up on TikTok, where it became popular in Mauritius," he said.

Richie B, whose real name is Richie Flore, started in the entertainment industry on stage in theatre performances from a very young age.  He started gaining recognition in Seychelles in music in 2018 when he did a collaboration with Xtra Big, a well-known Seychellois artist and producer. He has produced one album called 'Konmansman' (beginning).

Last year, he won the most prizes in the Cable Tunes awards, walking away with the Best New Artist, Best Single with the song Mon pa'n vole, monn pran, Best Video Clips with Oule Goute, and Best Collaboration with Bend down low featuring Xtra Big.

With the increase in popularity in Mauritius, Richie B will be organising a live performance in Mauritius around April. He said this will happen if there is no hindrance to performing live as right now the world is still feeling the impact of COVID-19.

The Seychellois artist is a known singer among Mauritian fans after he was nominated for the Mauritius Music Award last year.

TikTok, known in China as Douyin, is a video-sharing social networking service owned by Chinese company ByteDance. The social media platform is used to make a variety of short-form videos, from genres like dance, comedy and education with a duration of three seconds to one minute.

Richie B said that in view of the measures taken by countries to prevent the spread of COVID-19, including Seychelles, an archipelago in the western Indian Ocean, the best option for musicians now is to opt to trend online platforms.

"These platforms have created a door of opportunity for me to promote my music. I am going to use it more frequently, but this time-twisting it with more marketing. I am encouraging other artists to use such platforms for as another revenue stream and to promote their work," he added.