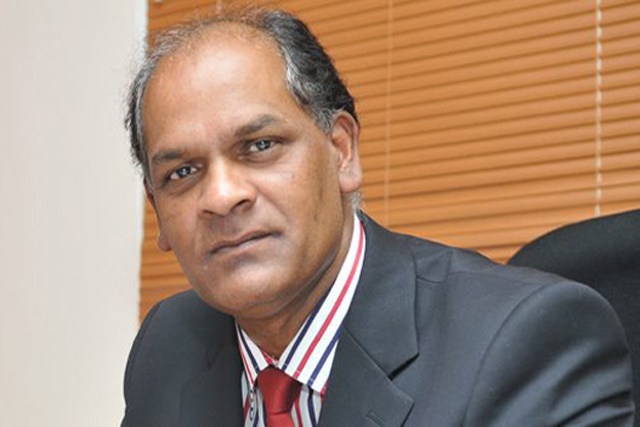 (Seychelles News Agency) - The Seychelles Attorney General’s office has decided to open a judicial inquest into the death of the former Director of the Mauritius Tourism Academy, Harmon Chellen.

This comes a little over a month after the lifeless body of the Mauritian national was found floating off L'Islette Island, near Port Glaud in the Western part of the main island of Mahé.

The incident was reported on Monday August 18.

The decision to open a judicial inquest was announced by the archipelago’s Attorney General, Ronny Govinden in an interview aired this evening by the national television the Seychelles Broadcasting Corporation (SBC).

Govinden said in the interview that he was of the view that Chellen apparently died while in police custody.

“The police investigation files have been forwarded to the Attorney General’s office. Following the receipt of the different files I went through it and I found that the deceased apparently died whilst he was in police custody and the circumstances have led me to believe that there needs to be a judicial inquest…..under section 351 of the criminal procedures code it is almost mandatory for us to open an inquest,” said Govinden.

The Attorney General added that the inquest does not mean that the police inquiry is not complete or have not been done but it simply means that there is a need to go more in-depth into the case.

“So what we will do now, we’ll summon all the potential witnesses....and they will come before a magistrate and testify about what they know in this case so that at the end of the day the magistrate will deliver a ruling as to what is the fact and circumstances…whether there was foul play or whether it was through natural causes etc…and from there we will decide what next step to take in the legal sector if there needs to be any action against anybody in connection with this case.”

The Attorney General noted that the decision taken by his office is based on the facts gathered from the police files adding that the police investigation was quite long and complicated.

The investigation led by the police was two-fold, firstly there was a criminal case against Chellen relating to an alleged sexual assault reported by a Malagasy female employee of the Constance Ephelia Resort in the Port Glaud district where he had been staying.

The second investigation is related to the death of the Mauritian national.

Chellen had spent five days in Seychelles during which he was the guest of honour at the Seychelles Tourism Academy’s graduation ceremony for a group of students who have completed their advanced diploma in hospitality management.

On the day of his scheduled departure, Seychelles Police responded to a call from the security of the Constance Ephelia Resort in the Port Glaud district, after a Malagasy female employee, had reported being sexually assaulted and had named Chellen as the suspect.

In a press conference held on August 26, the police said they had asked Chellen to accompany them to the Port Glaud Police Station, where a sexual assault case was registered but that at one point the police lost sight of Chellen and he managed to leave the station.

The body of the former Director of the Mauritius Tourism Academy was later found floating in the sea near L’Islette island.

The Seychelles police reported that the post-mortem carried out on Harmon Chellen’s body on August 21, revealed the cause of death as asphyxia and pulmonary oedema, all consistent with drowning.

According to reports in the Mauritian media, a counter autopsy performed in Mauritius revealed that Harmon Chellen had sustained injuries to his left temple.