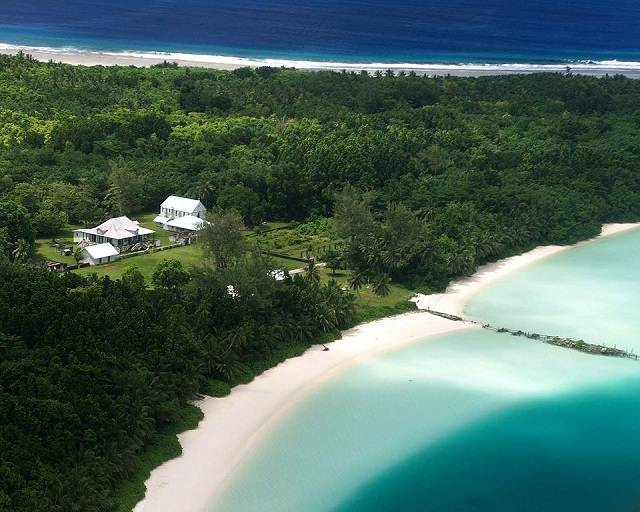 Around 2,000 Chagossians were forcibly evicted from the Chagos in 1960 after the UK leased the main island, Diego Garcia. (Wikipedia) Photo License: CC0

(Seychelles News Agency) - The displaced people of the Chagos islands living in Seychelles say that the United Nations Maritime Law Tribunal has backed their aspirations for resettlement now that the tribunal has said that Britain has no sovereignty over the islands.

Seychelles-based Chagossians say that the tribunal's ruling last week gives recognition to the Chagossians as a people.

The chair of the committee, Pierre Prosper, told SNA on Saturday that that "the UK must include Chagossians self-determination, under Mauritian flag, in the sovereignty transfer document."

According to a BBC article the tribunal criticised London for its failure to hand the territory back to Mauritius.

The tribunal's decision is in line with a ruling by the International Court of Justice (ICJ) and a vote in the UN General Assembly in May 2019 when in an overwhelming vote in favour of the rights Chagossians, the United Nations General Assembly voted 116-6 to condemn Britain's occupation of the Chagos islands.

The Indian Ocean archipelago includes a US military base. The UK has said it will hand the islands back when they're no longer needed for defence purposes.

More than 200 were deported to Mahe, the main island of Seychelles - 115 islands in the western Indian Ocean - between 1967 and 1973 when the country was still a British colony.

The panel of judges at the United Nation's International Tribunal for the Law of the Sea (ITLS) explicitly criticised the UK's failure to hand the territory over to its former colony, Mauritius, by December 2019, as earlier demanded by a near-unanimous vote at the UN's General Assembly.

"The judgement is clear and unequivocal. Mauritius is sovereign over the Chagos Archipelago," Mauritius's Prime Minister Pravind Jugnauth told the BBC.

Prosper said that it is important for the government of Mauritius to talk to Chagossians "with regards to our demands post-sovereignty transfer. Mauritius must recognise our interests as a people. We do not want to be diluted amongst other Mauritians. This will further weaken our identity and interests over the islands."

In another development, an exercise is underway in Seychelles to find out how many of the displaced community on the island nation have no proper identifying documents such as a birth certificate or passport.

The exercise is at the request of the United Nations, and Prosper said that this will once and for all establish if there are Chagossians who are stateless.

"We have been asked a basic question, are there Chagossians in Seychelles who are stateless and who have not been able to finalise their citizenship in the country where they are staying," explained the chair of Seychelles-based Chagossians.

Prosper said that they are not saying there are islanders with no citizenship in Seychelles but this needs to be established. According to him, they want to know if those who have IDs have been able to get a passport for instance as some of them had no birth certificate. These were sent directly to Mauritius even though some of the Chagossians did come to Seychelles.

"When the first people were removed from the islands, there were families who were separated. For instance, in a family, one member would be sent to Seychelles, the rest to Mauritius. There are also people whose full family was in Mauritius but because they married a Seychellois, they ended up in Seychelles," explained Prosper.

Prosper said that even though the local group has in the past requested that their documents are sent back from Mauritius they received no response from authorities there.

General » Be a reporter: Write and send your article » Subscribe for news alert
Tags: International Court of Justice, Diego Garcia