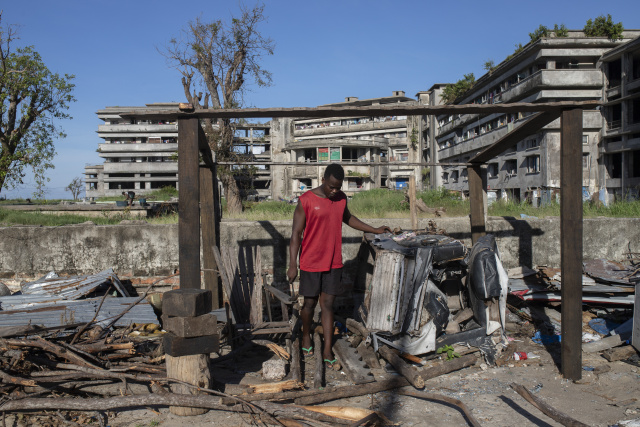 Joel Evaristo walks amid the rubble of his food business, which was destroyed by cyclone Eloise at the Grande Hotel in Beira, Mozambique, on January 29, 2021. (Alfredo Zuniga / AFP)

(AFP) - More than 21 people have been killed and hundreds of thousands affected by a super-storm that made landfall in Mozambique last week, causing heavy flooding across swathes of southern Africa, the United Nations said.

Tropical cyclone Eloise hit central Mozambique on Saturday, packing winds of up to 150 kilometres (93 miles) per hour and torrential rain.

It slammed into the province of Sofala, an area still reeling from two deadly cyclones in 2019, before weakening into an overland depression, moving inland towards Zimbabwe, Botswana and northern South Africa.

At least 21 people are now known to have died, including 11 in Mozambique, four in Eswatini, three in Zimbabwe and two in South Africa, the UN's Office for the Coordination of Humanitarian Affairs (OCHA) said Thursday.

One person was also killed when the storm passed over the Indian Ocean island nation of Madagascar before making landfall.

"With flood waters present in multiple locations, the risk of water-borne diseases, including cholera, is high," OCHA warned in a statement.

"Tens of thousands of hectares (acres) of crops" have been flooded, they added, which could affect upcoming harvests and undermine regional food security.

Moderate-to-heavy rain has continued to fall over the region this week.

Eloise hit a part of Mozambique devastated by two successive super-storms in March and April 2019.