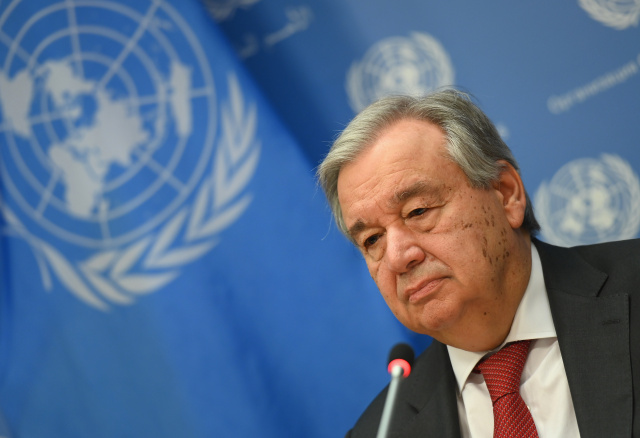 (AFP) - The UN Security Council and General Assembly on Thursday launched the recruitment process for the next secretary-general, a post currently held by Antonio Guterres who has announced he will seek a second term.

Aged 71, the former Portuguese prime minister enjoys broad support at the General Assembly and the Security Council, including crucially from its five permanent members -- the US, Russia, China, France and Britain.

Guterres has faced criticism however from several non-governmental groups who claim he is not doing enough to defend human rights globally, a charge he disputes.

And at least one country wants to see the UN's top spot filled by a woman for the term, which would run from 2022-2026.

In the letter -- sent to the 193 member states of the United Nations and obtained by AFP -- Honduras pleaded for female candidates.

"Look genuinely at your commitments to the United Nations and present women candidates... and commence a nomination process where equality and inclusivity are possible and the norm," Honduras ambassador to the UN Mary Elizabeth Flores Flake wrote.

Since its inception in 1945, every secretary-general has been a man.

The UN will begin its selection process by May or June, having informally spoken with candidates.

Guterres -- a master of behind-the-scenes diplomacy who served for a decade as High Commissioner for Refugees -- does not have a great track record at conflict resolution in hotspots such as Syria and Yemen.

He has defended his record and insists he raises the issue of human rights more than the leaders of some democratic countries.

In mid-2019, he shifted his priorities to put combating climate change front and center on his agenda.

"I don't pretend I rule the world. My main objective is to make as much noise as I can" about the perils of climate change, he said.