Poverty rate in Seychelles had been dropping before COVID-19 hit, study shows 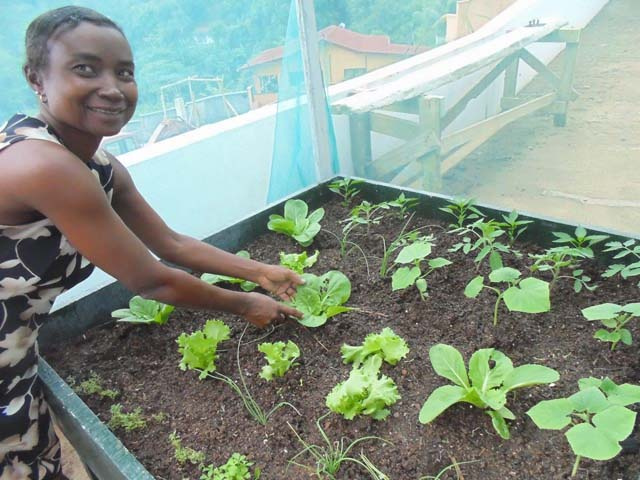 Vel said Seychelles is no longer an agrarian society as people are living in flats so some cannot have their own gardens, and hence have to go to work but for many the salary is not enough. (Katherine Moustache)

(Seychelles News Agency) - The poverty rate in Seychelles had been on the right track before the island nation's tourism industry was crippled by COVID-19, a new study shows.

The study found that there had been a reduction of 13.5 percent of the population living under the poverty line in Seychelles from 2017 to 2018. The study of 2,036 households was released last week by the Seychelles National Bureau (NBS) of Statistics and the World Bank.

NBS statistician Julia Joubert told a press conference that the report found that about 25 percent of Seychelles' population is living below the poverty line, which is SCR4,376 ($206) per month per adult.

What is not yet clear is to what degree the COVID-19 pandemic has affected the poverty rate in Seychelles. The crisis has nearly shut down the travel industry globally, greatly harming businesses in Seychelles.

"Although we don't have relative or absolute poverty, we still have revenue poverty. We have what we call working poor for the simple reason that a person who earns 5,000 or even 8,000 rupees and is living alone with no other support is having problems making ends meet," said Vel.

There are two approaches to define the poverty line. One considers that the poverty line is an absolute concept, indicating the level of consumption needed to meet minimum food and nonfood needs. The second approach interprets the poverty line as a relative concept, so poverty is understood as a situation of relative deprivation. The actual values of the relative poverty lines increase with the economic (and social) conditions of the country.

Vel said that with the high rate of rental and the increasing cost of living, a person's salary is not enough even if one does two or three jobs.

"We are no longer an agrarian society as people are living in flats so some cannot have their own gardens, and hence have to go to work but for many the salary is not enough. We need to rethink the living wages of people and ask ourselves if we are paying the people enough so that they can live especially in today's difficult times. In fact this is a global debate," he added.

With the COVID-19 pandemic where many businesses have had to streamline while others have shut down, earning an additional income is becoming more difficult said Vel.

He said that in today's difficult economic climate, just asking people to get up and work is not enough.