In bid to increase jobs for Seychellois, rules for foreign job permits are tightened 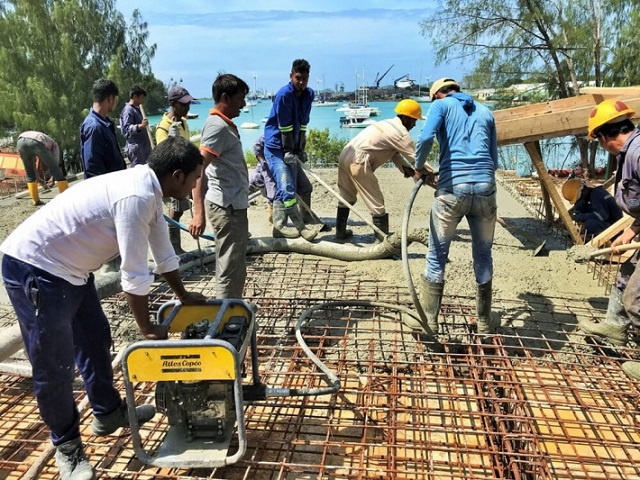 Currently, in Seychelles, there are 17,026 foreigners on work permits from 25 nationalities. (Seychelles Nation)

(Seychelles News Agency) - The government of Seychelles has reviewed its Gainful Occupation Permit (GOP) framework to allow the availability of more jobs for locals, a top official said on Wednesday.

With the new amended framework, foreigners with a valid work permit who have not been able to travel to Seychelles due to the closure of borders will have their permits revoked, though the medical, fisheries and agriculture sectors are exempted.

A new procedure that has been introduced has to do with the Certificate of Entitlement.

"Although the certificate will remain, there will be new conditions attached to it so that businesses holding the Certificate of Entitlement will have to submit the list of vacancies they intend to recruit to the department," explained Benilda Cupidon.

Cupidon, the director-general for Labour Migration, added that from now on the Employment Department will assess all new requests through its internal mechanisms.

The framework was initiated in July last year and its revision stared in December with special consideration on the current economic situation of the country and its labour market.

Currently, in Seychelles – 115 islands in the western Indian Ocean – there are 17,026 foreigners on work permits from 25 nationalities, the majority being Indians.

The review of the GOP framework is in line with President Wavel Ramkalawan's State of the Nation Address last month when he spoke about Seychellois being first where job opportunities are concerned.

"We want Seychellois to be the priority and occupy those (tourism) posts... We are going to be more serious with giving new GOPs, but if Seychellois does not want to work, automatically businesses will seek out for foreign workers," Ramkalawan had said.

To date,  2,763 workers were made redundant amongst which 1,757 are foreigners and 1,213 Seychellois. And as of February, there are 1,765 returning GOP holders request amongst which 1,220 were approved and 545 were declined.

Erica Dufrenne, principal  immigration officer, told the conference that with the COVID-19 situation where some foreign workers were made redundant employers were granted a free three-month extension on their GOP to facilitate the repatriation of these workers.

This process will now stop as there are abuses on the free extension as employers made no effort to send their workers back home.

"Effective as of Monday the 15th of February ... we will stop issuing the free GOP extension. Employers will now have to come and renew a GOP for their workers and they will need to pay for the fee of the permit," said Dufresne, who added that this is important as otherwise these foreigners will be illegal in the country.