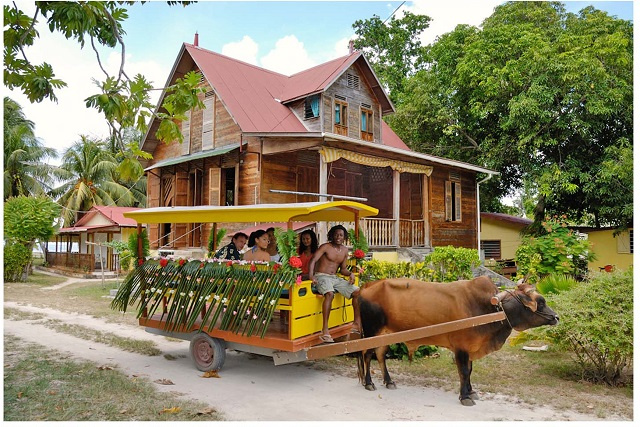 (Seychelles News Agency) - Seychelles has received some welcome publicity after a popular German TV series - 'Das Traumschiff' – featured the island nation in its one of its latest episodes.

Called 'Dream Ship' in English, the series is about a cruise ship – the MS Amadea - that travels to explore renowned tourist destinations across the globe. Now in its 40th year, Dream Ship is one of the most-watched television shows in Germany.

With Germany as one of Seychelles' key markets, the extensive coverage of the islands' pristine beauty served as a reminder to the German people that the island paradise is within their reach.

Speaking about the exposure received, the chief executive of the Seychelles Tourism Board (STB), Sherin Francis, said that "being featured on such a well-known show is very much a privilege for our small destination."

"We are glad that the splendours of the Seychelles islands have been able to reach our German friends to remind them that paradise is just a flight away," said Francis.

Through the 89-minute-long episode aired on January 1, viewers were transported across the crystal-clear waters of Seychelles and onto the white sandy beaches. Several islands were depicted, such as La Digue Island's rustic charms and the exclusive Desroches Island with its secluded beaches lined with coconut trees.

Among the vibrant wildlife found in the depth of the islands' waters and mountains, viewers got to see the archipelago's endemic 'coco de mer' - the largest nut in the world. Through their TV screen, tablet or smartphone viewers also got to admire the lush green vegetation and towering boulders, while watching the story unfold.

Escaping the harassment of a stalker, famous singer Stella Berger – a character played by actress Julia Dietze – seeks to gain distance through the cruise and relax in anonymity. The trip, however, does not go quite as she has planned as her music producer runs into Ben Friedmann - played by Daniel Aichinger - who betrayed her professionally a few years ago.

The show's combination of an intriguing storyline and an alluring destination gave audiences the chance to dream of escaping to this sensational sanctuary.

A communique, released by the board on Wednesday, read that "rating points on the 'Dream Ship' episodes give an indication that Seychelles would have received considerable exposure during the broadcast."

"Estimating the numbers to approximately 6.56 million viewers on ZDF, a German public-service television broadcaster based on reports of the 'The Dream Ship' episode, aired around that same period of the year."

The Seychelles archipelago in the western Indian Ocean featuring on the 'Dream Ship' was a project that was initiated by the Seychelles Tourism Boards' (STB) former director on the German market, Edith Hunzinger, in 2019 before the start of the COVID-19 pandemic.