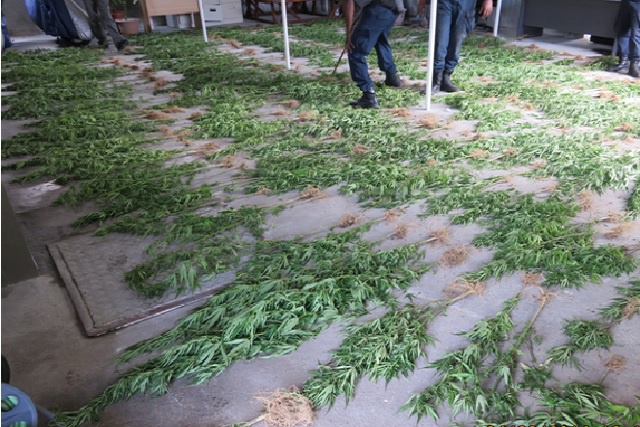 (Seychelles News Agency) - The Seychelles National Drugs Enforcement Agency (NDEA) has reported the seizure of some 400 cannabis plants which it says have a potential street value of around $385 each.

In a statement issued this afternoon, the NDEA said the cannabis plants which its officers have uprooted in an operation earlier today were between 1 to 2.3 meters in height adding that they were at the point of being harvested and distributed to the market.

“The NDEA believes that this plantation had all the hallmarks of a well organised commercial operation. The cannabis plants were at various stages of maturity ensuring that the grower had a continual supply for the market,” read the statement.

NDEA’s deputy Chief Officer Liam Quinn confirmed to SNA that the seizure was done in a remote area at Bougainville in the Anse Royale district, in the Southern part of the Seychelles main island of Mahé.

“Whilst this plantation was located in a very remote area, the NDEA urges all landowners to ensure that their property is not being used to produce illegal drugs. Legislation provides for very severe penalties to be applied to those who knowingly allow their property to be used for illegal purposes,” read the NDEA statement.

The National Drug Enforcement Drug Agency has said that investigations into the seizure are ongoing.