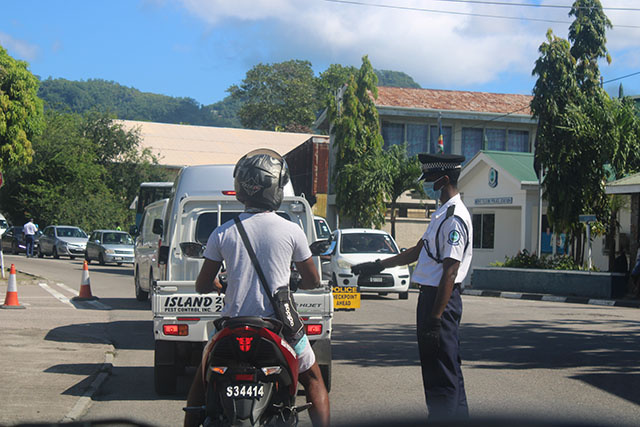 (Seychelles News Agency) - Restrictions on movements in Seychelles have been extended to the end of February in a continued effort to stop the transmission of COVID-19 from spreading further in the island nation, authorities announced Thursday.

Notably, schools are now slated to re-open in late February or early March and this will be done in phases.

The Public Health Commissioner, Jude Gedeon, told a press conference that after consulting with the Platinum Committee on Wednesday, it was agreed that “public health measures issued in December and revised in January will be maintained with certain modifications.”

The restrictions in Seychelles, an archipelago in the western Indian Ocean, were put in place when the island nation started experiencing community transmission.

“The revision takes into consideration the need for services in the public and private sectors to re-energise and operate safely. This is being done in recognition of the impact of the restrictions on people’s livelihood and hardships faced by the business sector,” said Gedeon.

"Firstly, non-groceries stores such as hardware and furniture shops will be opened once they have satisfied a set of criteria that they will then self administer…There are also criteria for hairdressers and barbers so they can operate but on appointments only and no clients are to be waiting at those facilities,” he added.

The same criteria will be applied to grocery stores to see if they will remain open and Gedeon said that this is because some of these establishments are not making enough effort to make their places safe against the propagation of the COVID infection.

Gedeon said that these revisions will only be applied after the respective businesses have been assessed and given the go ahead by the health authorities.

"There has been a peak of positive cases from February 4, and a smaller peak on February 8. If things improve in the coming weeks, we will relook at the measures to see how we can phase in the relaxation of restriction measures," said Gedeon.

With regards to schools, the Public Health Commissioner said that the Ministry of Education is planning for the reopening, but it will not be immediate.

"The Ministry has agreed on end of February or early in March to reopen schools. The teachers would have been then been vaccinated," he added.

According to Gedeon, there will be an amended order to include the extension of COVID-19 public health measures to ensure that the extra days are included in the legal provision.

Seychelles, a group of 115 islands in the western Indian Ocean, has already embarked on its vaccination campaign and to date, 37,726 people have been vaccinated which is 54 percent of the targeted population of 70,000.

Gedeon appealed to the public to help in containing the virus by respecting public health orders.