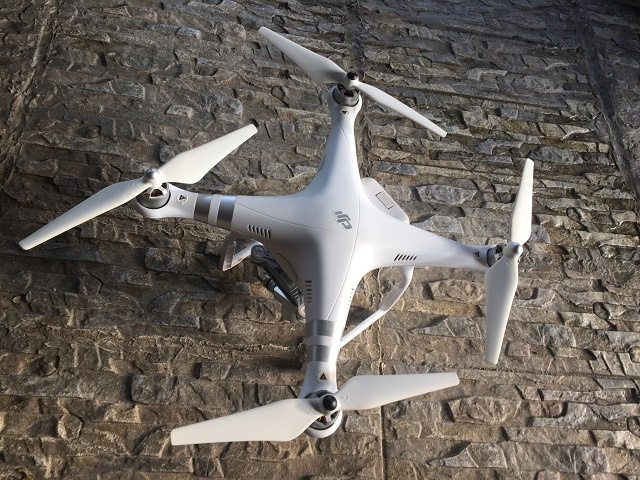 The authority bought two enterprise grade DJI drones that will be fully operated by surveillance officers, after being trained by the Seychelles Air Force. (Alex Zelime)

The new plan follows the attempt to launch a similar project in 2018, a plan that failed due to unforeseen issues of operating fixed wing Unmanned Aerial Vehicles (UAVs) and drone technology.

A drone is an unmanned aircraft that may be remotely controlled or can fly autonomously.

The SFA's manager of the monitoring, control and surveillance section, Johnny Louys, told SNA that the advantages of using such equipment are ease and speed of deployment, cost savings on operations, safety and increased reach and coverage.

"As such, the SFA began looking at possibilities to using low cost, low maintenance systems to familiarise and integrate the use of UAVs in its surveillance efforts, to complement current conventional surveillance methods," said Louys.

Currently, SFA is using patrol boat when conducting surveillance activities or working with the Seychelles Peoples Defence Forces (SPDF) to support missions to the outer limits of the Seychelles' Exclusive Economic Zone (EEZ) and beyond. SPDF's aerial assets are also being used for patrols.

Seychelles, an archipelago in the western Indian Ocean, has a vast Exclusive Economic Zone of 1.4 million square kilometres, making it difficult for surveillance of illegal activities at sea.

"After a bit of research, we procured two units that we are satisfied will fit our needs while allowing our surveillance officers to accustom themselves to this technology," said Louys.

At a cost of less than SCR100,000, the authority bought two enterprise grade DJI drones that will be fully operated by surveillance officers, after being trained by the Seychelles Air Force.

"The plan was to have the use of UAVs fully integrated by the fourth quarter of 2020, but the importation of the equipment was heavily delayed due to flight restrictions during the 2020 wave of the COVID pandemic. The training schedules were also affected. We are waiting for things to clear up a bit so the Air Force can train our officers so we can quickly begin using the UAVs," said Louys.

The drones will be used to monitor illegal fishing along the coastal area. In a recent press conference, Louys said that aside from illegal fishing, the authority is also observing a high number of underreporting, where licensed fishermen are not providing SFA with the information asked for such as their catch and effort, and species compositions among others.

Fishing is the second top contributor to the Seychelles' economy.

Unmanned vehicles for the purpose of monitoring illegal fisheries are being deployed in many places around the world, including countries such as the USA, Australia, Belize and Palau.