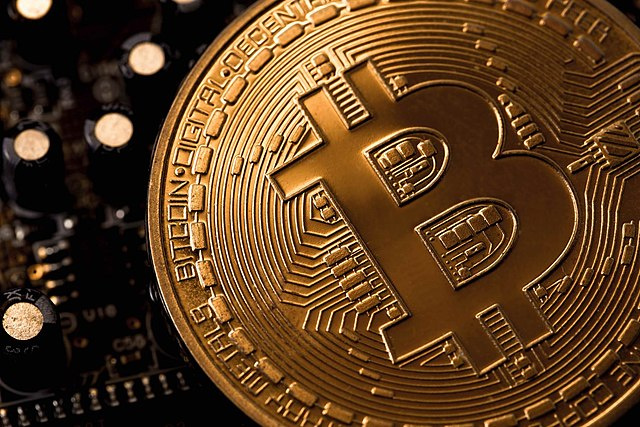 The  Central Bank said it presently does not regulate cryptocurrencies, which include the world's most popular digital currency, Bitcoin. (Onov3056/Wikimedia) Photo License: CC-BY-SA 4.0

(Seychelles News Agency) - Seychelles' Anti-Money Laundering and Countering the Financing of Terrorism (AML/CFT) committee is preparing a country position on virtual assets and their service providers, in line with the National Fintech Strategy, agenda, according to the Central Bank.

The Central Bank of Seychelles (CBS) issued the statement following a recent article by Reuters about Seychelles-based KuCoin, the victim of a digital currency heist where $281 million worth of assets from a cryptocurrency exchange were stolen last September

Responding to SNA's enquiry following the article, the Central Bank, which is the sole entity with the right to issue legal tender notes and coins in Seychelles rupees, said it presently does not regulate cryptocurrencies, which include the world's most popular digital currency, Bitcoin.

This means that cryptocurrency or virtual currency/asset are not treated as a currency and therefore are not legal tender in Seychelles.

"Moreover, currently, cryptocurrency is not a means of payment that is offered by financial institutions licensed or regulated by CBS under the Financial Institutions Act or the National Payment Systems Act," the bank added.

The Central Bank said it was nevertheless aware "of the increasing popularity of virtual currencies and assets on the international arena, as well as the developing interest on the domestic front and the associated risks and the impact of such activities locally."

It was therefore in the process of preparing a country position on virtual assets and their service providers. This is being done by the National Anti-Money Laundering and Countering the Financing of Terrorism (AML/CFT) Committee (NAC).

CBS says this endeavour is also in line with the policies being developed by the Eastern and Southern Africa Anti-Money Laundering Group (ESAAMLG) of which Seychelles, an archipelago in the western Indian Ocean, is a member.

The regional body subscribes to global standards to combat money laundering and financing of terrorism and proliferation developed by the Financial Action Task Force (FATF).