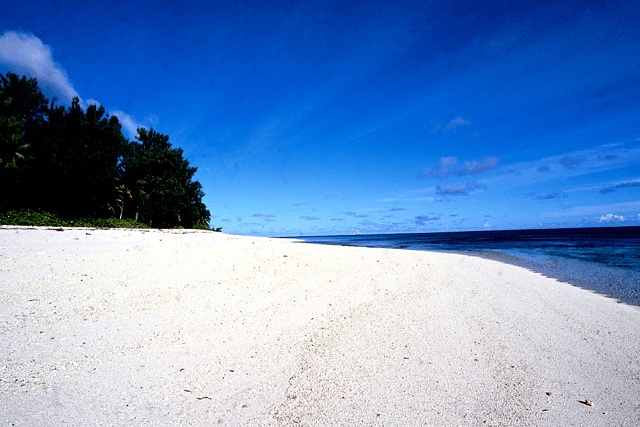 Platte Island lies just over 130 km south of Mahe and is renowned as a nature lover's paradise, covered with palm forest and surrounded by a coral reef and lagoon. (Islands Development Company)

(Seychelles News Agency) - The Seychelles' Island Development Company (IDC) has announced that construction work has re-started on Seychelles' first six-star tourism -- a $100 million development -- and that the Waldorf Astoria Platte Island resort is now expected to open in 2023.

The Hilton group has signed the management agreement for the new resort under the luxury brand Waldorf Astoria Hotels & Resorts currently being built on Seychelles' outer island of Platte, a communiqué announced earlier this month.

"Seychelles remains unquestionably one of the world's most desirable destinations for the discerning traveller. We are proud of the role our teams have played in the sustainable development of the Seychelles," said Carlos Khneisser, vice president, development, Middle East & Africa, Hilton. Waldorf-Astoria is the flagship brand within Hilton's portfolio and offers the highest standards of facilities and services.

Platte Island is under the management of Seychelles' Islands Development Company. In a recent posting on its website, the company said "this top-of-the-line brand is a first for Seychelles and IDC is proud to be associated with such a highly reputed brand."

In an interview last Sunday with the national broadcaster, SBC, the chief executive of the IDC confirmed that that the company had stopped work on the project after the last French developer left. "The project has restarted with a new developer associated with investors in Abu Dhabi and with us, IDC. We relaunched the project last year and we are finishing buildings for the back of the house," explained Glenny Savy.

According to Savy, these include staff quarters, staff facilities, water, electricity and sewerage. "This is our first phase and this is expected to complete by March or April."

Savy added that the company is also constructing a bungalow as a sample, which is expected to be completed by March. Once endorsed by the developers the construction of the rest will begin.

"We have spoken to several hotel management teams across the world to manage the hotel as the developers wanted the hotel to be the best hotel in Seychelles. We ended with Waldorf-Astoria, the top brand of Hilton," said the chief executive.

IDC currently owns 20 percent of the development, while the investors who have a lease for 70 years own 80 percent. Work on the resort is being undertaken by IDC.

The construction of the resort -- at a cost of $100 million--  is expected to finish by the end of next year, with its opening planned in 2023. Once completed the resort will offer 42 seafront villas all equipped with private pools. Guests will have access to six restaurants and bars, a spa, kids' club, outdoor observatory, tennis courts and a marine conservation discovery centre – all within the sanctuary of Platte Island.

The island itself lies just over 130 km south of Mahe – the main island of the 115 islands archipelago in the western Indian Ocean - and is renowned as a nature lover's paradise, covered with palm forest and surrounded by a coral reef and lagoon.

Platte Island has always been used for tourism, where IDC used to run a small guest house. The island which can be accessed by plane boasts a rich ecosystem and offer breeding grounds for a variety of seabirds: The brown noddy, white-tailed tropicbird, lesser noddy, bridled tern and the Madagascar fody.  The island is also a popular nesting area for the hawksbill turtles.