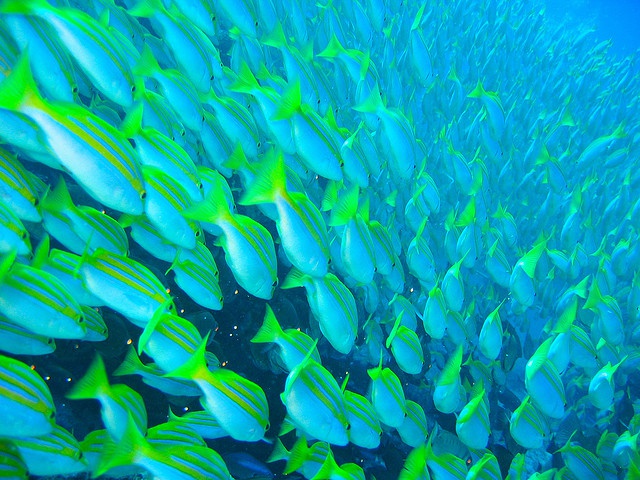 (Seychelles News Agency) - Even though the ocean covers over 70 percent of the earth’s surface, only two percent of it is protected, whereas 12 percent of the world’s land mass is protected from exploitation. Despite this lack of protection for our oceans, there still remain some remote places relatively untouched by man’s pollutants and fishing lines, places that still teem with life and colour under the surface.

These places are the focus of a project by the National Geographic Society called Pristine Seas, which aims to safeguard marine biodiversity in over two million square kilometres of ocean, and the former President of the United States, Bill Clinton announced on Monday that the Seychelles, a remote archipelago of 115 coralline and granitic islands in the western Indian Ocean, is one of the next pristine areas to be targeted for protection.

Seychelles has a total land area of 455 km² dotted over an Exclusive Economic Zone (EEZ) of 1.3 million square km. This EEZ is slightly larger than the land mass of South Africa and about six times the size of the United Kingdom.

Over 50 percent of the Seychelles’ already sparse land mass has been protected as nature reserves and in April this year debt-for-nature swap facilitators the Nature Conservancy announced their intention to negotiate $80 million of debt relief for Seychelles in return for the establishment of a protected marine area 200,000 square km in size to allow for the replenishment of tuna stocks, the harvesting of which is one of the mainstays of the Seychelles economy.

Announcing the National Geographic Society’s plans at the Clinton Global Initiative in New York, Clinton said that preserving the world’s oceans was essential for protecting biodiversity.

“The ocean is the world's largest natural resource,” Clinton said, noting that the ocean contributes more than $20 trillion to the global economy, but that despite this, the impact of human development on the world’s oceans was undeniable.

The National Geographic Explorer-in-Residence who launched Pristine Seas in 2009, Enric Sala, said that some of the world’s leaders had already showed “tremendous leadership” in ocean conservation by creating some of the largest marine no-take areas in history.

“National Geographic Pristine Seas and our partners are excited to inspire other leaders to protect what's irreplaceable: the last wild places in the ocean.”

If the campaign meets its target of protecting two million square metres of ocean, it will have helped the world’s nations meet their United Nations Convention on Biological Diversity's obligation of protecting 10 percent of the world's oceans by 2020.